How Long Should a Scene Be? 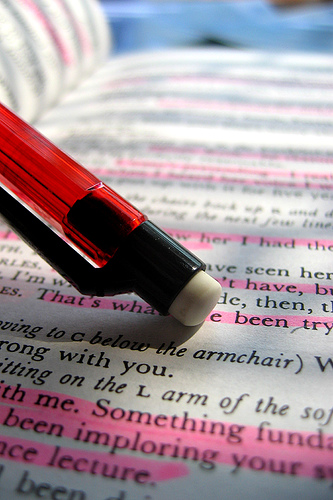 I recently read a novel that bugged me. It took me about a hundred pages to realize why.

Many of the scenes were no longer than a few paragraphs. They felt rushed and not fully imagined by the author. Worse, most of the shortest scenes were flashbacks, adding to the jumpy, disconnected feel of the story.

How long should scenes be in a novel or memoir? Is there such thing as a scene that's too short?

First, a disclaimer. I'm not an expert in this subject. If you know good guidelines for the lengths of scenes, I'd love to hear your thoughts in the comments.

However, in my own reading and editing work, I've come across enough scenes to know a good and bad one when I see it. Here are three suggestions about scene length:

1. Scene Length Depends on the Genre

I'm being a bit too hard on the novel I described in the introduction of this post. It's a mass market, genre novel—a fairly good one—and what's appropriate for a genre novel isn't appropriate for, say, a small press, literary novel. The reality is that short, staccato scenes are more acceptable in faced paced thrillers or sports lit, where longer, perfectly realized scenes might bore the reader.

As you consider scene lengths for your story, ask yourself where you fit on the mass market to literary spectrum. The further toward mass market you get, the shorter your scenes can be, and vice versa.

2. 750 Words is a Good Baseline for Most Scenes

I like to think of a scene as one story, albeit a brief one that might not make sense if separated from the other stories surrounding it. This is helpful, though, because it avoids abstraction. We are storytellers writing one scene-story at a time.

With that in mind, a good length to shoot for in your scenes is the length of a newspaper story, about 750 words. You can go a little longer or shorter, but 750 words should be enough to tell a fully formed story.

If Your Scene Is Too Short

If your story has short scene after short scene, it's a sign you're probably not going deep enough. Instead, simplify your story, merging several shorter scenes into one longer scene.

Another reason your scenes might be too short is because you're telling and not showing. Adding more description can pace your story and draw out depth and meaning. Too much description will bore your readers, but too little will leave them feeling like something's missing.

The best way to add interesting description to your story, to show more and tell less, is to be more specific.

What do you think? What is the best length for a scene?

Post your story in the comments section. And if you post, be sure to give feedback on a few practices by other writers.