Should You Write Nonfiction or Fiction? 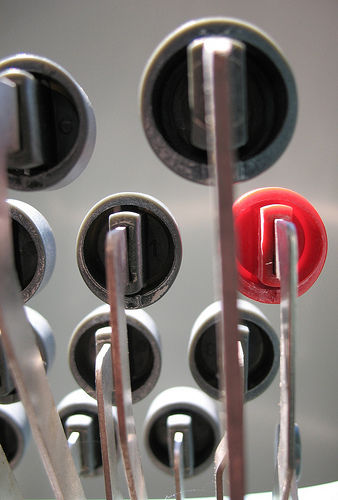 In allegiance to Stephen King’s writerly maxim, “The only requirement is the ability to  remember every scar,” I’m considering writing a new series of stories about my father’s five year struggle with Chronic Fatigue Syndrom.

I was ten when my father had to quit work. His body was hurting all the time and he couldn’t think he was so tired. Ten is an age you need a father, but for five years he was largely absent, both physically and mentally. My mom was preoccupied and stressed bearing our family’s financial burdens. I went through the first, confusing years as a teenager all but alone.

But the question is: should I write the stories from this period of my life as non-fiction or channel them into my fiction?

The Advantages of Writing Creative Non-Fiction

Some of the best writers either got their start writing journalism and memoir. George Orwell’s first book was called Down and Out in Paris and London, a memoir about living in poverty in two of the world’s most famous cities.

Mark Twain’s first book was a collection of essays he wrote while travelling in Europe and the Middle East called The Innocents Abroad, or The New Pilgrim’s Progress. During Twain’s lifetime, the book sold more copies than any of his novels.

More people read short, non-fiction stories than short, fiction stories, and newspapers, magazines, and public radio all purchase stories like these regularly. On the other hand, getting short fiction published is incredibly difficult (you’re ten times more likely to get into Harvard than to get published in a a top literary magazine).

When writing for magazines and newspapers, you have deadlines, and there’s nothing like a deadline to make you more creative and focused.

The Advantages of Writing Fiction

At the same time, rather than writing directly about their personal experiences, many of the best fiction authors channel those experiences into their novels.

For example, while Pat Conroy’s novel The Great Santini is fiction, Conroy borrowed heavily from his experience growing up as the son of an abusive, alcoholic Marine. The novel was so true to life that members of his family who felt betrayed would picket book signings.

J.K. Rowling was the first billionaire author, not Tina Fey, and James Patterson sells more copies of his books than Tim Ferriss does (about 200 times more). In the end, top tier fiction authors make more than top tier non-fiction authors. (Not that it’s likely I’ll experience this first hand. You might though!)

3. You Can Channel Your Personal Imagination

Creative non-fiction is still non-fiction, and non-fiction requires strict adherence to the facts, which means hours of research, interviews, and careful remembering. I wouldn’t say fiction is lazier. Rather it’s more dependent on the author’s personal imagination. You don’t have to stress about whether something really happened. You can just write.

What do you prefer to write? Creative non-fiction or fiction? Why?

Write for fifteen minutes. When you’re time is up, post your practice in the comments section. And if you post, please be sure to comment on the practices of a few other writers.