Writing Theme: The Simple Way to Weave a Thematic Message into Your Story

Does the concept of “theme” confuse you? Do you have trouble writing a theme, or weaving a theme into your story? 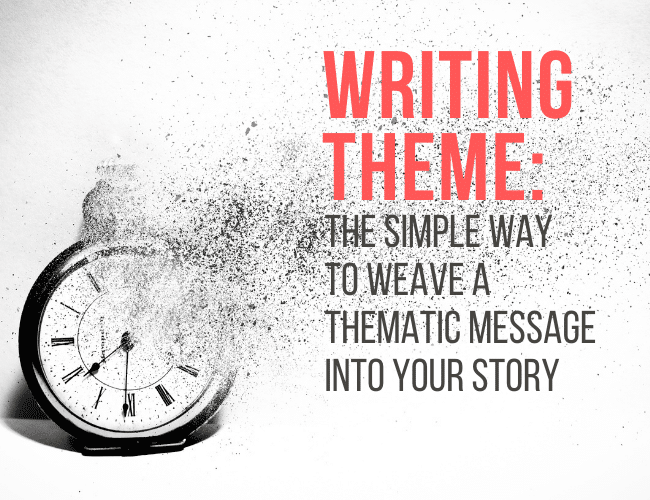 If you said yes, you’re not alone. Lots of writers struggle to identify a theme in their book—and many don't even know what thematic message the are communicating through their story until a second or later draft.

The good news is, there are writing tips you can use when weaving a thematic message (or two) into your story. I'd like to share three simple ways to do this.

I remember the days back in high school English class when I dreaded writing essays on the themes of books and stories.

There was one particular book that always lingers on my mind, Cold Mountain. I did not understand this book in the least, and when asked about theme, I picked a random sentence that sounded nice and called it a thematic statement. It wasn't one. It was about rocks.

As I grew and developed my skills as a writer, the concept of inserting a theme into a story eluded me.

A theme, after all, is an important story element when writing a novel.

It’s often abstract and vague, and yet it’s supposed to fit every part of your story and tie it all together.

How can you fit this big, confounding idea into your story and keep it consistent throughout, especially when writing a book?

Believe it or not, there is a way!

It wasn’t until the last few years that I finally began to understand how exactly a theme should fit into a story, and that—as it turns—writing theme isn’t that complicated at all.

“
Your theme doesn't have to be complicated. It can be one sentence, a simple phrase, or just one word. In fact, the simpler and more straightforward the theme, the better.
Tweet this
Tweet

When Writing Theme, First Ask Yourself: “What is a Theme?”

A theme is the main idea or underlying meaning that an author explores in a novel. There can be multiple themes in a story, but each of them says something big about the story's lesson, and what readers can take away from the book.

Does this seem confusing, or ambiguous? Let’s make it simpler:

A theme is an idea that recurs in a story.

That makes a little more sense. But let’s break it down even further.

A theme is a message you keep reminding your reader because it's what the story is really about.

That means a theme is a message that says, “Hey, by the way, just so you remember, this is what I’m trying to tell you. I want you to read this story and remember this.”

You sprinkle this message throughout your story like seasoning on a dish, through description, through dialogue, and through choices made by your characters.

How to Choose Your Story's Theme

Your theme doesn’t have to be complicated. It can be one sentence, a simple phrase, or just one word. In fact, the simpler and more straightforward the theme, the better.

Think of your theme as the one idea you want your readers to keep in the back of their minds during and after reading the story.

For an example, let’s pretend we are going to write a story about an old woman recounting the long life she’s lived.

The theme we want to convey is “passage of time.”

But what does this mean? What will this say about your character experiencing your story, and how can you make this clear to the reader without being overly obvious?

Weaving Theme in Your Story

When writing theme, and then weaving it into your story, begin by identifying words relevant to your theme.

In the example we’ve selected, many words tie to the concept of time, such as:

Once you identify these words, weave them into your story. This is something that may feel difficult when you first draft your story, but can be done fairly easily in future drafts or during editing.

Let’s take a look at how we can weave this theme of passing time into our story. Imagine this scene:

Doris sat on the creaky bench at the bus stop. The shops down by Main Street had changed from what she remembered. Old McLaren’s barbershop had become a trendy boutique, and the high school where her children attended had been knocked down and rebuilt twice since they graduated. A bike lane had been added to accommodate the increase in cyclers. Biking seemed to have made a comeback.

The city bus pulled up with a groan. The tired-looking driver popped the door and gestured to her.

“Come on now, I got a schedule to keep.”

Doris rose, wincing at her aching bones, and dragged herself onto the bus, where she chose a seat near the back window and watched the city she no longer recognized scroll by outside.

This passage conveys what the story wants to say about time, but something feels weak about it.

It’s loose, like a series of thoughts and descriptions that has a central idea but not quite. To change that, let’s review our theme-relevant words above and take another crack at it.

The ancient bench creaked under Doris as she put her weight on it. It needed a coat of paint badly, but the fast-paced city couldn’t be bothered to pause and refurbish every run-down bus stop. It certainly had time though, Doris thought, to take down and replace all her old haunts. Old McLaren’s barbershop had become a trendy boutique last fall, and the high school where her children attended had been knocked down and rebuilt twice since they graduated at the turn of the century. A bike lane had been added to accommodate the increase in cyclers. Biking was big in the ‘80s, and now the hipsters have brought it back.

The city bus pulled up with an exhausted groan. Compared to the bus stop, the old machine looked even worse for wear.  The driver with deep lines over his brows popped the door and gestured to her.

“Tick-tock, lady. Got a schedule to keep.”

Doris rose, wincing at her aching bones. Perhaps she ought to lose weight, she thought to herself, but it was more a flight of fancy than anything –  the days when she could still hit the treadmill in between busy work days and long nights partying were far behind her. She dragged herself onto the bus, started to sit in the first available seat, then changed her mind and moved to a quieter spot near the back window, where she settled down heavily and watched the city she no longer recognized scroll by outside.

The reason is because the theme of time comes through, not only for Doris, but in the poorly maintained bus stop (ancient; contrast against the fast-paced city), the passing of seasons and time (fall, turn of the century), and word choices (tick-tock).

The bus is an old machine, the driver has lines over his brows, the old trend of biking comes full circle, and Doris is no longer the young buck she once was.

Then, instead of sitting in the most convenient seat, she chooses one in the back, a quiet spot that contrasts against her former busy, noisy life of working, gym, and parties.

Every part of this passage now emphasizes time, using words that call to mind clocks, seasons, fast and slow, old and young. Not only does it bring forth the theme and message more strongly, it also makes the story more vivid, tight, and emotional.

Writing theme—specifically the passage of time—in this example takes on new meaning because the context of the story's character, perspective, setting, and conflict all points back to the character's relationship with time itself.

The theme becomes more purposeful because the theme, the passage of time, has a purpose in how the character experiences her surroundings.

Writing With a Theme Makes a Difference

Fitting a theme to your story doesn’t have to be complicated.

By breaking it down to relevant words wrapped around a central idea, you can sprinkle it all throughout your book and reiterate your message to your readers in a subtle, consistent manner.

Writing with a theme can seem daunting, because it feels like everything you write has to fit this one central idea. But the truth is, deciding on a theme can actually help making the writing process easier.

There are a million ways to describe a particular tree your character encounters on their walk. Is it tall? Beautiful? Ugly? Majestic? Inconvenient? Knobbly? But with a theme in mind, you can quickly narrow down the appropriate words to use.

Instead of being a burden or extra consideration, a theme can work with you and serve as your guide.

And remember, you shouldn't overthink a theme. Plenty of writers don't even know their story's theme until after they've written their first draft.

Still, you need a theme to make a story resonate with your reader after they finish your book. And using the simple tip for writing theme (and weaving it into your scenes) discussed in this post will strengthen your revisions—and the messages making your story memorable and meaningful.

Have you come across themes in your past readings that really resonated with you? Share in the comments below.

First, pick a theme and list out five to ten words relevant to it. Really think about what it would take to integrate these words into a story. Take five minutes to choose your theme and list your words.

Now, take ten minutes to write a blurb that communicates the theme above using the words you listed to inject your message into the story.

When you're done, share your theme and your blurb in the comments below. And be sure to support your fellow writers by commenting on what they share, too! 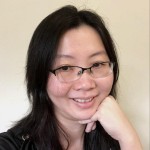