How a Scene List Can Change Your Novel-Writing Life

By the end of this post you will have a nagging urge to use an excel spreadsheet.

Don’t make that face—I know you’re a writer and not a data analyst. Or if you are a data analyst—I get that you’re on this blog to get away from your day job. 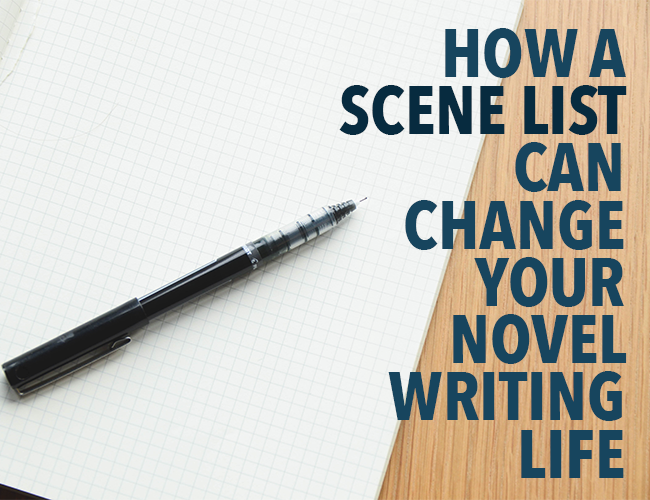 But guess what? I listed all of the scenes in my novel in a nice little Google spreadsheet. This is one of the steps to writing your book in The Write Structure, and it changed my novel-writing life. Doing the same will change yours too.

For more on The Write Structure process, check out the book here, which is available for a limited time low price.

I tried to write a novel once before without planning in advance. I failed. So this time around, I committed to having as much of my story organized before writing as possible.

I used the Snowflake Method, which consists of several steps to designing a novel that we can discuss at a later date.

Today we’re focusing on a particular step: the creation of a scene list.

It’s literally a list of the scenes in your novel in an excel spreadsheet.

The particulars can be revised at your convenience, but that’s how I set it up. Keep in mind that before you get to the scene list you need to know your major plot points. The list simply forces you to flesh them out.

For me, this step was incredibly helpful. By the time I sat down to type, I had something far more detailed than a mere outline guiding me through the process.

1. JK Rowling: The mega-bestselling Harry Potter author's scene list for The Order of the Phoenix. 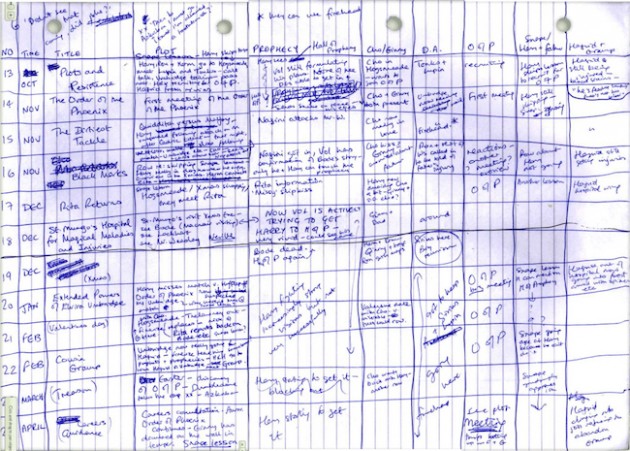 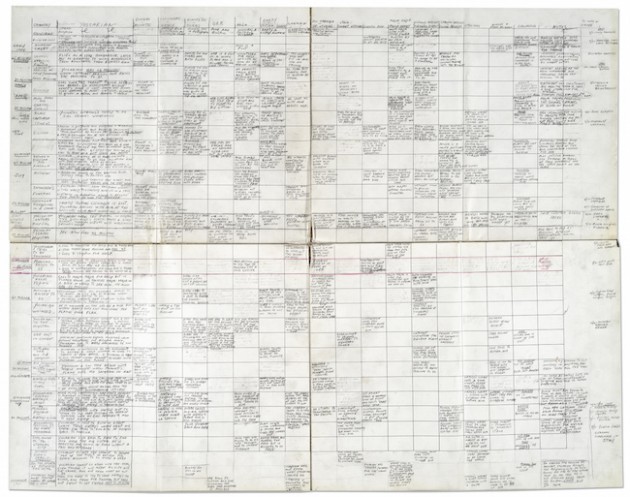 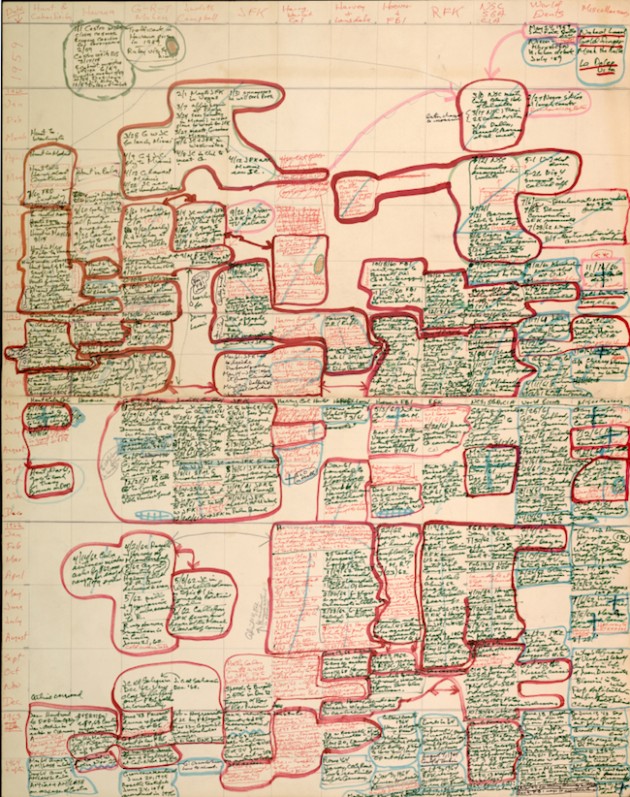 As you can see, every author creates their scene list differently. The key is to create one.

Scene Lists Keep You On Track

You can’t write a novel in a month—OK, maybe you can.

Generally, however, you are writing your novel over a period of months or even years. That means you may actually forget what you wrote in those early pages. Or, you knew you set a sad mood, but have no idea how long you dragged it out—was your start too depressing? Not depressing enough?

The key is to update your scene list as you write—add a row here and delete a scene there so that you can always remind yourself of what happened in your novel with relative ease. Even outlines can stretch for pages and pages and they are sooo much more difficult to update.

If you have a scene list, everything will be right in front of you, nicely organized and easy to read.

This is the point where I’m at now—editing. I know there are scenes missing in my novel. I’m also aware that I need to step back and figure out the arcs of some of my minor characters, among many other things.

All of these structural changes overwhelmed me.

What did I do? I browsed my scene list to find the appropriate spot to add that scene showing my protagonist missing her family or where to drop in a minor character’s view on kale (vital to his existence—just you wait and see).

Scene lists are not only helpful for those who like to plan in advance, they are crucial for writers who like to go with the flow and have the story guided by the character. Inevitably the latter approach will leave you with serious work on the back end. Never fear.

If you write out the scenes into a spreadsheet after you  have completed your novel, it will change your life as doing so will make it easier to 1) identify the problems and 2) fix them.

How about you? Do you use scene lists? Let me know in the comments.

Take fifteen minutes to make a scene list for the first chapters of your novel or for a short story you’ve written. Is something missing? Write the scene and share it here in the comments!

Alternatively, write a scene that involves an excel spreadsheet but the character is not at work. I’d love to see what you come up with!

When you're done, share your writing in the comments, and don't forget to leave feedback for your fellow writers!