This guest post is by Monica Clark. Monica is a lawyer finishing her first novel. She was an editor at the Harvard Crimson, and has been published by The Wall Street Journal, Boston Globe, Reuters, and Dow Jones Newswires. You can follow Monica on her blog.

The other day I learned some exciting news.  Beasts of No Nation—a novel written by my friend Uzo Iweala—is going to become a movie starring Idris Elba!  The new development broke my 10-day streak of complete consumption by uncreative thoughts related to my day job.  Finally, I was inspired! 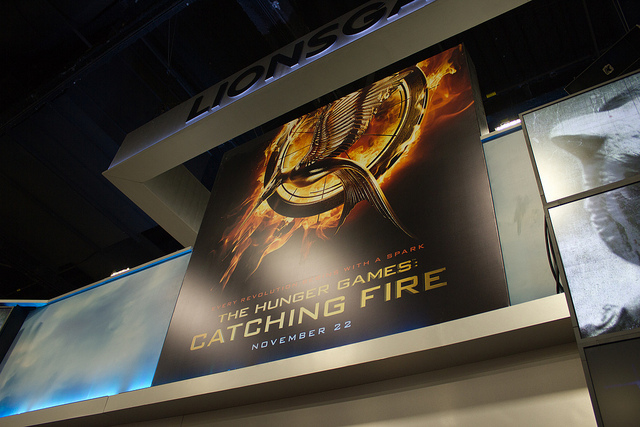 What if, one day I not only completed my novel—but then it became a movie?!  Shonda Rhimes could write the script and I could make the career of an up and coming actress when she is cast as my protagonist.  But how would I do it?  To answer that question, I conducted some research.

Below, my friends, are the steps to writing a novel that will one day become a movie:

Have A Plot (The More Enticing the Better)

This should be obvious yet somehow I still manage to come across plenty of books that do not have plots.  I think it’s because we writers like to use the English language to articulate the complexities of humanity to make people think—no, to make them feel.  That’s just not going to work in Hollywood.

For your novel to become a movie, something needs to happen and preferably in a three-act structure. A disaster, which leads to the attempt to resolve it, which leads to a bigger problem, then a climax, then a resolution.  If you can add some action and make it a page turner, even better.

Describe Your Setting in Great Detail

This is important.  You don’t want the movie people ruining the image of the beautiful fantasy world you created because you forgot to capture its vastness, its surprisingly sweet smell or how the castle connected to that secret room where the answers sit.

That is not to say that your novel should be overrun with descriptions (see section one on plot), but ask yourself, would a set designer be able to replicate your novel’s setting as you imagine it?  Do your words allow the director to accurately capture the mood of the town?

There is a reason the Harry Potter movies did such a great job bringing Hogwarts to life—J.K. Rowling’s beloved series provided the vivid and precise detail that allowed them to do so.

Minor characters are the best because you can—and probably should—make them so extreme.  They are memorable yet carry very low expectations.

Add a character who is quirky, obsessive, or incredibly stupid/smart/clumsy/anal/hilarious/wise/[insert adjective here].  It doesn’t matter if your story is relatively serious because let’s face it—the movie people won’t care.

Don’t leave it to the screenwriter to turn your minor character into a stereotype—take control of their outrageousness! Do that, and no one will be able to resist translating him or her onto the big screen.

What is this post about really?  Not to write a book just so that it will become a movie—that’s what screenplays are for!

Instead, I want you to view your novel through a different lens.  Your most important task is to create a satisfying reading experience, which will make people read your novel, love it and demand for it to become a movie.

But sometimes we get caught up in our own indulgences as writers—we waste pages telling people what we’re thinking and feeling instead of creating scenes that move the story forward and make the reader think and feel.  Or we’re so focused on what the characters are doing and saying we forget to ground the reader by sufficiently bringing them into the world we created. Other times we forget that even if our novel is serious—it can have some fun moments.

How can we get over these humps?  By looking at our novels from a different perspective as if, say, it were to one day become a movie.

What are some of your favorite novels that have been or should be turned into movies?

Take fifteen minutes to write a scene from your short story or novel, but imagine that it will be immediately translated to the screen.  How does it compare to scenes you have written in the past?

Post your practice in the comments section. And if you post, be sure to give feedback on a few posts by other writers.