Have you ever read a story that just falls flat for you and you don’t know why? Chances are it was missing one of the archetypical elements our brains are hardwired to seek out in a story. When you sit down at the keyboard, the last thing you want to do is write a story that fails to grab and hold a reader.

So how do you satisfy those hardwired expectations? 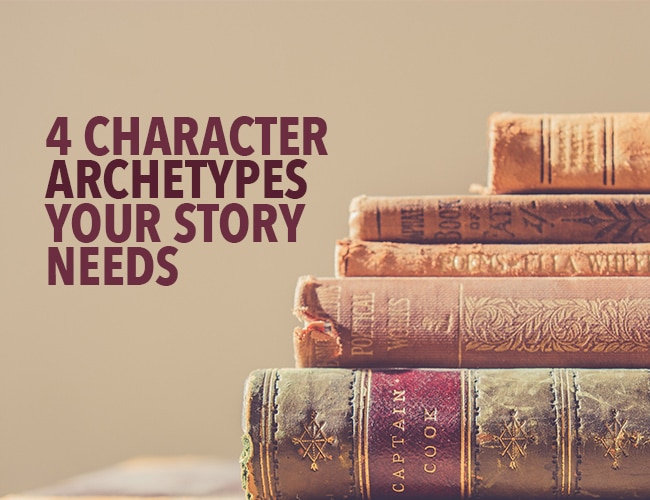 Professor of Literature Joseph Campbell conducted a huge amount of research in the field of Comparative Mythology, analyzing folk stories from different cultures in an attempt to identify shared themes and characteristics. He discovered a number of recurring character archetypes, symbols, and relationships that figured universally into the myths of most every culture, however separated by time and distance. He published his findings in The Hero With A Thousand Faces.

The Swiss psychologist Carl Jung called these recurring figures archetypes, springing from a heritage we share as humans. These elements have deep meaning for us. Though we may not perceive them on a conscious level, their presence and function in a story influence our experience of that story in compelling ways.

What’s in It for Me?

Christopher Vogler, a Hollywood story analyst specializing in fairy tales and folklore, wrote a captivating book on the subject, The Writer’s Journey. Here's how he puts it:

“The concept of archetypes is an indispensable tool for understanding the purpose or function of characters in a story. An understanding of these forces is one of the most powerful elements in the modern storyteller’s bag of tricks.”

It’s a vast topic, and I highly recommend the book, but in today’s article I’ve limited my exploration to four archetypical figures that can vitalize your story.

Plug in Your Headphones

I recently listened to an episode of the Story Grid podcast about creating believable characters by using character archetypes. If you’re not familiar with the program, the podcast features discussions between editor, Shawn Coyne, and book marketing guru turned fiction writer, Tim Grahl, as Shawn teaches Tim how to write a story that works.

I was so fascinated by Shawn Coyne’s discussion regarding these four archetypical elements that I decided to base this article on what I learned from that episode.

Shawn spoke of six archetypical figures that need to be in your story in one form or another. The first two character archetypes are the hero and the adversary. Each is a topic unto itself and you can find scads of information about how to develop and activate these character archetypes. I’ll leave them alone for now.

The Two Poles of Order

Your story should feature the two poles of order. These can be represented by characters, institutions, or take some other form. Both sides produce order, but they bring differing philosophies to the table.

This is the mentor figure who understands that the future relies on the skills, preparation, and moral foundation of the rising generation. He is committed, or at least willing, to pass what he has learned to those he deems worthy to carry the cause, and he relies on a fundamental core of principles to keep him sane amid the story’s turmoil.

The Wise King does not buy into the theory that life is a zero sum game. He believes each individual is capable of creation, innovation, and progress, with a budding ability to revitalize or liberate the community. The dire situation is not fixed, but fixable.

Some obvious examples of this figure are Gandolf, Obi Wan Kenobi, and Dumbledore. But you don’t always need a whole character to exemplify this character archetypes. Like all four of these figures, it can be represented by an institution, a story symbol, or embodied in a character who also plays another role.

This figure believes the world is a mess and assumes control to impose order. He comes up with a rigid set of rules that support his world view and enforces them with an iron fist. Those within his power are promised security, but at the price of freedom.

The Tyrant embraces a zero sum perception of life. There are finite resources and not enough to go around, so get them while you can. He uses his might to secure those resources to the people who support him, thus reinforcing his position.

Again, you don’t necessarily need to invest this element in a character. It can show up as a societal constraint or totem, or as some other aspect of your story.

The Two Poles of Chaos

These poles are both forces of nature, often literally. They create a potential for the other characters, providing an opportunity for some kind of action.

1. The Creative Force of Nature

The sun shines, rain falls, plants grow. Nature’s power comes to bear all around us, creating a potential for good. Shawn gives the example of Glinda the Good Witch in The Wizard of Oz. At a moment of great peril, when Dorothy and her friends are falling under the spell of the sleep-inducing poppies, Glinda causes it to snow, giving them an opportunity to escape.

2. The Destructive Force of Nature

This is the other side of the coin. Natural disaster strikes, creating a potential for the characters to act. An extreme example may be Hitchcock’s The Birds, based on a short story by Daphne Du Maurier. Nature, in the form of the birds, rises up and exceeds its bounds, causing all kinds of trouble and bringing opportunities for the characters to take action.

But the fallout doesn’t have to be bad. Remember, the event creates a potential.

Shawn gives a real life example that occurred during the Revolutionary War. Right at the start, the British had the Continental army at their mercy in Brooklyn. By all appearances, the war was virtually over and the Brits had won.

But then a thick fog descended, giving the Continentals an opportunity to cross the river and escape New York, thereby preserving the birth of a nation.

These forces of nature create a potential, but the characters must choose how to respond. You may represent these forces within two characters in your story. Or maybe both in one character, as in Rainman, where Dustin Hoffman’s character is a force of nature, creating both positive and negative circumstances.

Keeping the Elements in Play

The trick is to bring these elements into play in your story, keeping each in its own realm and behaving consistently. Once you establish a character in one of these poles, they should act accordingly. The reader will sense something out of balance, if only subconsciously, when a character fails to hold down his global category. Only the hero and the adversary should navigate between the two worlds of order and chaos.

An example of how this dynamic operates in a story is Harry Potter. He is the hero, Ron represents chaos, and Hermione is order. Harry navigates between the two and together, they comprise the right brain/left brain universe of Harry.

Another example might be found in Star Trek. Spock is order, McCoy is chaos, and Kirk navigates between them. Together, they are complete.

How Does This Help Me?

Making sure these figures are represented in your story fulfills a reader's hardwired hankering for certain story elements. But there are benefits that go beyond what's good for the reader. Having these in place empowers you, as a writer, too.

It gives you a springboard

If you hit a point where you’re not sure what to do with your story, Shawn has a suggestion:

“You’ve got the domain of chaos and the domain of order and then you start writing down which characters represent each. Then when you get stuck and you go, I don’t know what to do with this character, because it just seems like wallpaper, [you remember] oh, well they’re in the domain of chaos. What they should do is probably something that the reader wouldn’t expect that was also consistent with what I’ve done before.”

It gives you limitations

Aren’t limitations a bad thing? Tim had this to say:

“I was talking to somebody the other day and we’re talking about it from a business perspective. I said if you say you can help anybody, then nobody will know if you can help them. It’s like this weird thing. I feel like that about these decisions, like: ‘Okay, well they can be anybody.’ That’s not helpful. Now I don’t know what to do. Narrowing down like: ‘Okay, one of them is going to be chaos, one of them is going to be order.' Now it cuts in half the actions they can take.”

And Shawn concurred. He said, “Limitations are the great gift for the artist.” They help us focus our efforts where they’ll be most effective.

Don’t Take My Word for It

To listen to the complete podcast about these character archetypes or read the transcript, go to the Story Grid website. And be sure to check out the Editors Roundtable podcast too, a panel discussion analyzing movies in terms of story structure.

How about you? Can you think of more examples of stories exemplifying these archetypical figures? Tell us about it in the comments section.

Take your work in progress, or a story idea you’ve been kicking around, and see if you can identify these character archetypes in your characters. Write a scene where these elements come into play, either showing an orderly world view like the Wise King or the Tyrant, or creating an opportunity for your characters to act based on some element of chaos.

If you don’t have a WIP or idea, use this prompt: Create a character which represents the Tyrant and have him make a speech about the benefits of his system.

Write for fifteen minutes. When you’re finished, post your practice in the comments section. And if you post, be sure to leave feedback for your fellow writers!