Is Your Dialogue Just Characters Talking?

The last couple of weeks I have been thinking about dialogue in fiction.  A friend of mine told me that some agents will flip to a random section of a manuscript and make a judgment based solely on the dialogue! 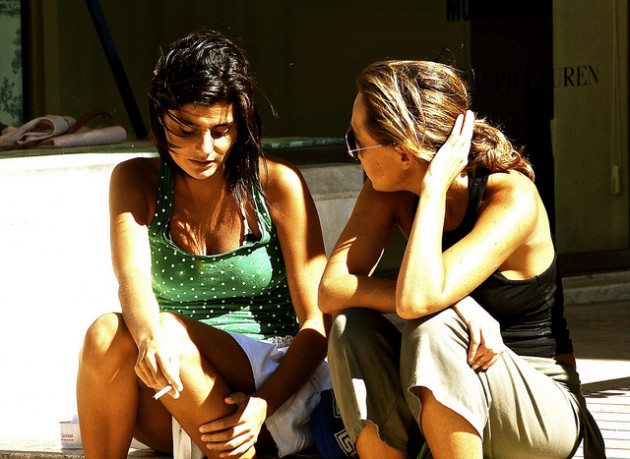 Needing to brush up before making revisions, I turned to one of my trusty companions,“This Year You Write Your Novel” by Walter Mosley, for some tips.

Dialogue is Not Just Characters Talking

Walter says that dialogue is not just characters talking—it’s sophisticated fiction.  Every time a character speaks he or she should be:

The trick is doing 3 or 4 of these at the same time.  Here’s an example from Walter:

“Man walk up to me,” Roger said. “an’ say he know my name…I told him he better get on outta here.”

From this one little line we learn Roger is angry, confrontational, probably uneducated, and possibly scared.  In other words, it's a good piece of dialogue!

Let’s delve deeper into a couple of the items on the list.

Use Dialogue to Give the Reader a Different POV

Unless you’re point of view is omniscient, it’s inherently limited.  Dialogue provides an opportunity to give the reader some additional information.  Use it to highlight an aspect of a character’s personality of which she might not be aware.  Or demonstrate the effect her presence has on others.

“They all love you,” Leonard told me. “Everybody does.  Markham said that the only way they’d let me come was if I brought you along.”

Humble or insecure, the narrator may genuinely disagree with Leonard.  This dialogue would inform the reader that she’s not quite as undesirable a companion as she thinks.

Use Dialogue to Give the Novel a Pedestrian Feel

Here, Walter is talking about everyday language.  Not beautiful language, speech we actually use in real life.    The reader is looking for themselves as they read, so we need to be sure to give them something they recognize.  Dialogue is a great tool for that!

Take fifteen minutes to write a conversation between two characters that reveals some of the information discussed above.  Share with us in the comments section!