Denouement: Definition and Examples of the Literary Term

How do good stories end? In tragedy or triumph? With a wedding or a funeral?

That is the question of the denouement in literature, a literary term that means more than just “the end.” 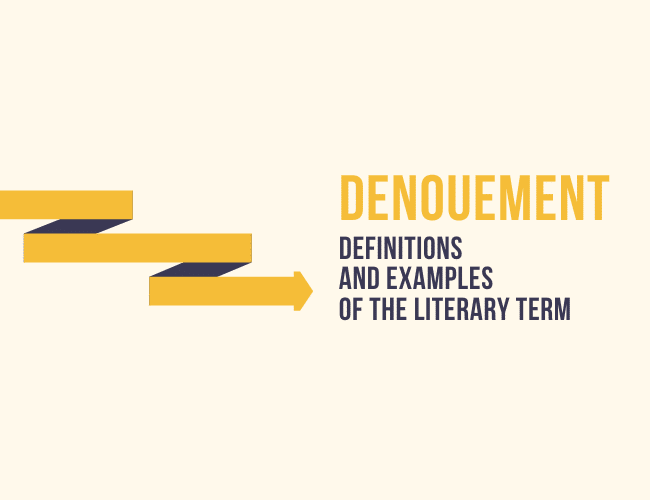 This article is all about denouement. In it, we will talk about the origin and definition of the literary term, give examples, and talk about where it fits in your writing and story structure.

Denouement (pronounced day-new-mah) is a literary term referring to the final part of a narrative, usually in which the outcome of the story is revealed.

Denouement came from the French language (thus, the extra “e”!) in the 18th century and means, literally, “untying.” In the case of a story, it means “the untying of the plot.”

The idea is that the tension in a story builds through to the climax and in the denouement, also known as the resolution, that tension is untied.

Where Denouement Fits Into Dramatic Structure

At The Write Practice, we talk about the six elements that make up dramatic structure. They are:

In dramatic structure, denouement is the final part, the moment when all the pieces must be put in their place, and when the author will leave us with our final image of the story.

How Long Are Denouements Usually?

After the climax, most stories wrap up quite quickly, within one or two scenes.

That means that the denouement, as the final part of a story, is generally one or two scenes long.

The denouement is a relatively short part of a story, but it’s also one of the most important pieces, since this is the ending the audience has been waiting for throughout the story. Often, this is the part readers most remember from the story, and which lingers in their minds long after they finish reading or watching.

Here are a few examples of the denouements from literature:

William Shakespeare's classic play, Romeo and Juliet, is about two “star-crossed” lovers from rival families who end up falling in love. In the climax of the story, Romeo mistakenly thinks Juliet has died and decides to drink poison to end his own life. As he’s dying, Juliet wakes up and when he finally dies, she decides to take her own life as well. 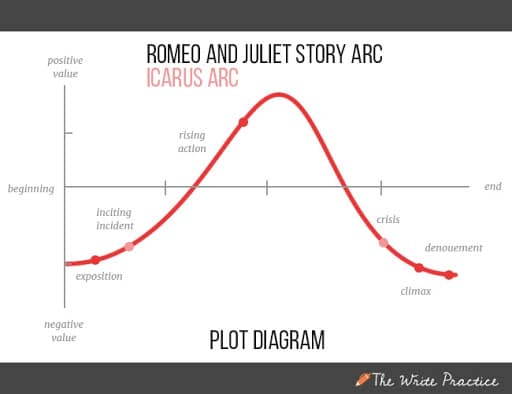 The denouement begins just after the couple’s death, starting from their discovery by their families and Friar Laurence. Only one scene long, it begins with a monologue from Friar Laurence, includes a reconciliation between the two families, and ends with a final monologue from the Prince.

Ready Player One, the bestseller by Ernest Cline, is about an orphaned teen who enters a competition designed by a virtual reality maverick named Halliday to win full control of the O.A.S.I.S., the virtual world he’s created, as well as Halliday’s vast fortune. 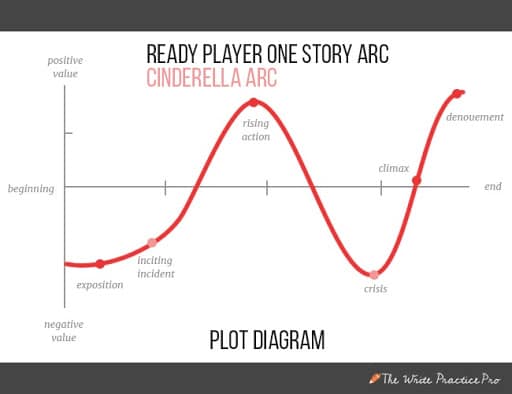 The denouement occurs after the big fight with the evil, corporate Sixers, and after Wade Watts collects the final prize from Halliday.

The denouement consists of two short scenes, both of which take place once he’s back in the real world.

The first scene of the denouement is a brief interaction with Ogden Morrow, Halliday’s cofounder, in which he cements the lessons from the story, alludes to Watts’ fortune, and reveals the Sixers leader’s arrest.

The final scene of the denouement and the novel as a whole takes place at the first real-life meeting between Watts and his love interest, Art3mis, Samantha in real life.

J.R.R. Tolkien’s The Hobbit is about a hobbit named Bilbo who, at the urging of a wizard named Gandalf, leaves his home, the Shire, and sets off on an adventure with a troop of dwarves to steal a treasure from the dragon that has overrun the dwarves’ kingdom.

They experience various shenanigans, including a run-in with some giant man-eating spiders (and hobbit/dwarf-eating) in a spooky forest, a clash with a troop of trolls, and other setbacks on their journey before finally getting to the big showdown with the dragon.

The dragon, terrifying as he is, is just a preamble for a larger battle between the armies of humans, elves, and dwarves against an army of goblins. Finally, the hobbit gets his treasure and returns back to the Shire. 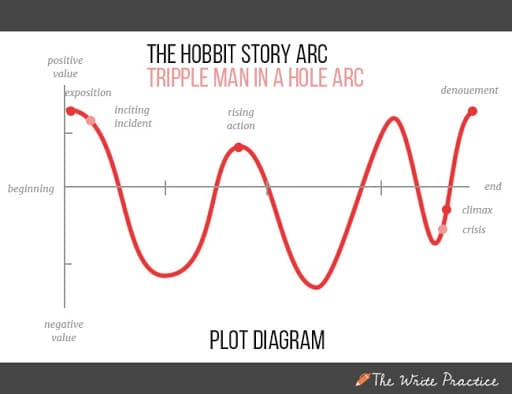 The Hobbit is a complicated plot with a triple (or even quadruple) man in a hole structure, and as such, the denouement is a bit longer and more elaborate, and in the end, more of a montage of the journey home than a set of specific scenes.

For The Hobbit, the denouement includes:

“My dear Bilbo!” [Gandalf] said, “Something is the matter with you! You are not the hobbit that you were.”

How to Write the Denouement: 3 Tips

If you’re writing a novel, screenplay, or other narrative, how do you write a great denouement? Here are three tips:

1. Make Sure One Exists

You’d be surprised at how many writers choose to end their stories at the end of the climax and forego the denouement, thinking it’s better to end on a high note.

The reader needs one or two scenes to come down off the action, look around, and see how the world has changed now past the action of the story.

The purpose of the denouement is to give the reader a chance to see the New World Order.

Think about the structure of narrative you've created. The exposition and denouement are in many ways mirrors of each other.

3. End With the Subplot

One of the best uses for the denouement is to cap off the subplot, if you have one. This is especially effective if you have a love story subplot.

For example, in Ready Player One, the final scene of the denouement completes the love story arc between Wade Watts and Art3mis.

This is a great way to finish your subplot efficiently while also ending your main plot effectively. Try it out!

How Will YOU End Your Story?

All stories must end. But how you end it can make our break your story.

Understanding what the denouement in a story is, plus using the tips above, will make your story all the better.

What is your favorite denouement in a story? Let us know in the comments section.

Let’s put the denouement to practice using a writing exercise.

In one sentence, outline the denouement for the following story, inspired by Jane Austen’s Pride and Prejudice:

After you’ve written out the single sentence outline, use it as a writing prompt and write a scene for fifteen minutes.

Write Practice Pro community members can post here in the practice workshop and give feedback to a few other writers. Want to see how regular practice with a group of supportive writers can help your process? Check out the options for joining us here.