On Saturday, I went out to dinner with some friends as an early birthday celebration. We all ate our fill, and when the server came by to ask us how we felt about dessert, all of us laughed because we were so full. Sweet treats to follow? Please.

Speaking of desserts, I’m sure we all know the difference between a desert and a dessert, right? Just in case, let’s review. 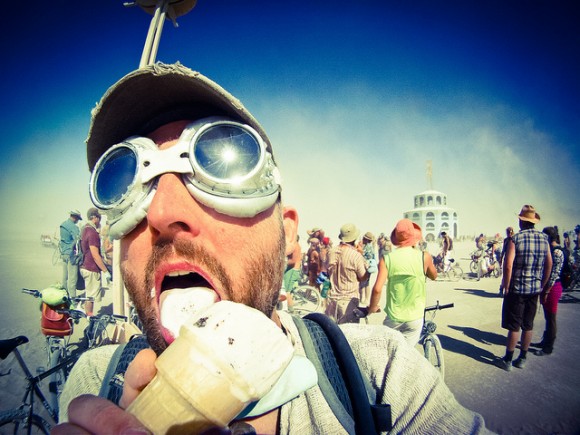 Dessert in the Desert. Photo by Gabe McIntyre (Creative Commons)

A desert is a sandy/rocky/generally hot and dry climate. A dessert is a sugary confection that you’re supposed to eat after dinner (although there are some who argue that life is too short to eat dessert last).

But There's One More Type of Desert

But did you know that there is another desert? And it’s pronounced like dessert? I actually had no idea until maybe about a week ago. I subscribe to Grammar Girl’s newsletter, and recently she wrote a blurb about getting your just deserts.

Yes. Deserts. Spelled like the arid home of the cactus. Pronounced like chocolate cake. My brain exploded.

All this time, I’ve been writing about people getting their just desserts, which makes it more understandable that people misspell desert/dessert. So to review:

Are there any other word usage discoveries that have blown your mind when you found out the truth?

Write for fifteen minutes about a holiday Scrooge/Grinch/holiday cultural reference of your choice getting their just deserts. Add sweets or arid climates as the mood strikes, but no requirement here. Post your practice in the comments, and don't forget to peruse the work of your fellow writers.