How to Write the Perfect First Page: Part II

Recently I attended a workshop called “American Author” inspired by American Idol. People anonymously submitted the first pages of their novels, which were read aloud to a panel of editors and agents.  The panel then provided their immediate, brutally honest feedback for all to hear.

Given my past post on how to write the perfect first page, I thought it was important to add to it by sharing what I learned from hearing the perspective of people who have read hundreds, if not thousands, of first pages. 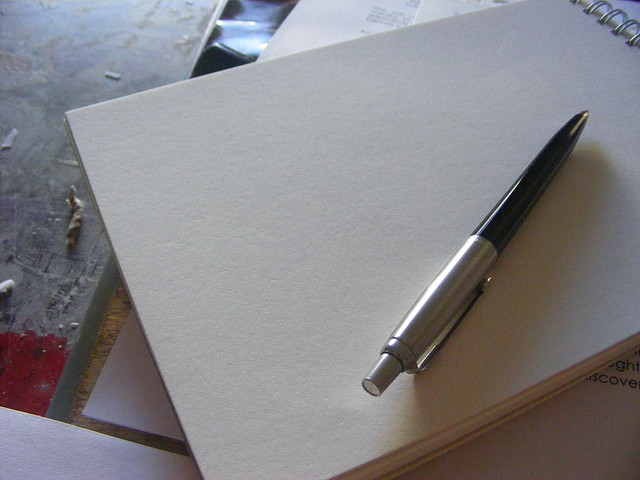 The First Page Really Does Matter

The first thing I learned was that the rumors are true–the first page really does matter.  I found this a bit unnerving—but it makes sense.  I think one of the panelists said she gets an average of 600 unsolicited manuscripts a week?!  If that’s the case, then some works are going to receive a snap judgment whether we think it’s fair or not.

After the workshop ended, I asked two of the panelists if they really would stop reading if they weren’t wooed by the first page.   One said she would give it a few more pages.  The other said she wouldn’t.  The takeaway—workshop that baby before sending it out!

Some of us want to start our novels describing our character’s features or the weather.  The agents and editors want us to begin with action.  Something needs to happen or to be happening when we were first meet a character.  Setting and introspection unfortunately is not enough.

Apparently complaining about your horrible day or your horrible life does not qualify as action.  Or if it does, it’s not compelling.  The first time the panel said this, I made a note.  The fifth time a first page consisted of a series of complaints, I started to feel their pain.

I think it’s easy to start a manuscript with a bunch of complaints because obviously something major must have occurred to trigger the story.  But having your protagonist complain about all of the resulting trials and tribulations right off the bat is just another way of telling instead of showing. It may not be fatal, but it’s also not likely to impress.

There was a one first page submission that the panel liked.  In it, a woman was being interviewed in jail to determine whether her sentence should be shortened for good behavior.  The woman had plenty to complain about, but rather than simply tell the reader “Cindy is in jail and it sucks,” the author drew a scene for us to experience.  She gave us something to watch.  Try doing that instead.

Is it cliché to tell you to avoid clichés?

Those are the ones I remember the panel pointing out.  Don’t feel bad, I described a breeze in my manuscript too.  Just know that your prospective agent has seen that a million times already.

Try Not to Overwrite

Of all the comments, I think the panel said this the most.  They criticized authors’ language for being too heady, flowery, and over-written.

I remember when I first workshopped the first three chapters of my novel, people said the language mostly flowed—except for the first few pages.  The phrase they used was “too writerly,” but it’s basically the same thing.  I was in my head when writing those initial words, and it showed—in a bad way.

Because of all the pressure I put on you to write the perfect first page, you too may be tempted to over focus on language to the detriment of your story.  All I can say is don’t.  Just tell your story.

We’ve done this before, let’s do it again!  A first page is only 250-300 words.  Take fifteen minutes to write the first page of a story—share with us below!