Great Artists Steal: How to Write Like Your Heroes

Today's guest post is by Jeff Goins. Jeff's newest book, Real Artists Don't Starve, debunks the myth of the starving artist and replaces it with timeless strategies for artistic thriving. You can get your copy here—or, get a signed copy free when you enter our Summer Writing Contest.

When I began my career as a writer, I struggled to find my voice. Whenever I tried to write, I would inevitably drift into the style of another author. Sure, I'd heard that “good artists borrow; great artists steal,” but I felt like a fraud. Little did I know, I wasn't alone. 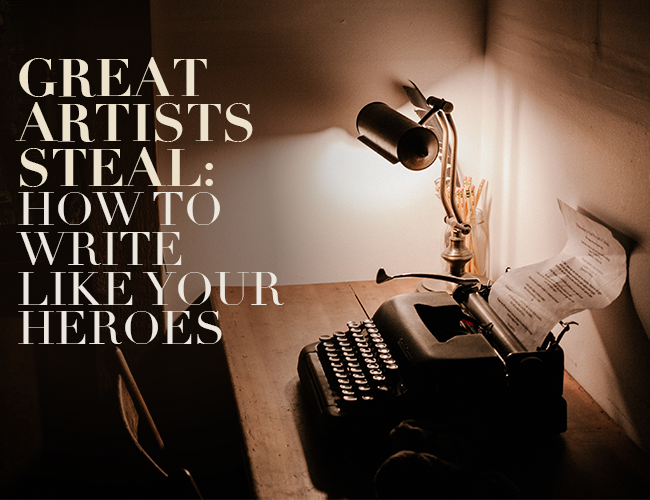 For a long time, I thought real writers were born with innate talent, some style that was just waiting to get onto the page. Turns out, that’s not true.

We find our voices by mimicking the voices of others. Great writers do not try to be original. They copy the work of the masters.

Every Artist Is a Thief

One of the challenges I recently wrestled with in writing my new book, Real Artists Don't Starve, is the all-too-familiar “imposter syndrome” that we all at some point struggle with. I felt like a fraud writing about creativity when so many smarter people had already covered that topic.

Ironically, as I was researching the habits and practices of best-selling authors, famous artists, and modern-day creatives who had succeeded in their craft, I came across a surprising realization:

It's true that great artists steal. We are all borrowing ideas from someone. As Austin Kleon wrote, “A good artist understands that nothing comes from nowhere. All creative work builds on what came before. Nothing is completely original.”

When we steal like this, we end up creating a style that is all our own. And so, creative theft becomes a gift that we first receive and then give back to the world.

This kind of “stealing” is how an artist remembers for herself and her audience the greatness that has come before. It is a gift to everyone who witnesses your work. And this is something every writer can do.

Here are a few practical ways to find your voice by stealing other people's voices.

1. Pay attention to your peers

When she started dancing in New York, the dancer Twyla Tharp dedicated her­ self to studying every great dancer who was working at the time. She patterned herself after these professionals, learning what she could from them, copying their every move.

“I would literally stand behind them in class,” she said, “in copying mode, and fall right into their footsteps. Their technique, style, and timing imprinted themselves on my muscles.”

Tharp understood that honing her dance skills would begin not with an original technique but by copying what others were doing. She imitated the greats and after years of study created a style that was all her own—at least, that’s what people thought.

“That’s the power of muscle memory,” she wrote. “It gives you a path toward genuine creation through simple re­creation.”

2. Copy before you create

The writer Hunter S. Thompson had a unique way of doing this. He would write out the pages of F. Scott Fitzgerald's book The Great Gatsby by hand. Fitzgerald was his hero, and he wanted to get a feel for “what it was like to write that way.”

Thompson also admitted in an interview to stealing more words and phrases from the Bible than from any other source, because he liked the way they sounded.

The world's best writers do not wait to find their voices. They copy the work of both masters and peers. Word by word, stroke by stroke, they mimic what they admire until those techniques become habitual.

We create by copying, and as we do, skill becomes reflex.

3. Build on what has come before

The historian Will Durant once said, “Nothing is new, except arrangement.”

The way you establish your authority in a certain field is by mastering the techniques of those who are already authorities. And what eventually emerges over time is your own style and voice.

Jim Henson, who is largely credited for revolutionizing the world of puppeteering and bringing it to TV, once said that Burr Tillstrom did more for putting puppets on television than Henson ever did.

Who was Tillstrom? Well, he was one of many influences Henson looked to when he was setting out to create his art. Like us all, he found his voice in the voices of others.

We are all afraid of being called a copycat, and rightly so. But the world's best authors and artists understand that genius is not created in a vacuum.

“
Great artists study those who came before them and built on their work in some way.
Tweet this
Tweet

They pay attention to masters and peers alike, borrowing from their work and reassembling it in ways where it's clear they've added something new.

The result is a product that is greater than the sum of its individual parts.

The difference between an artist and a copycat is that the artist builds on the work she has received and the copycat merely mimics it. Yes, we all start by doing what others have done, but those who master their crafts don’t stop there. They keep copying until the techniques become internalized.

Then and only then can you create something the world calls “original.”

Do you agree that great artists steal? Which great writers have influenced your writing? Let us know in the comments.

For the next fifteen minutes, steal from your writing heroes. Pick a 1000-word piece of writing from your favorite author (about three pages from a normal-sized book) and write it out, word for word. Take notice of what it feels like to type those words in that order.

When you're done, share your experience in the comments, and be sure to leave feedback for your fellow writers. 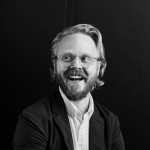 Jeff Goins's newest book, Real Artists Don't Starve, debunks the myth of the starving artist and replaces it with timeless strategies for artistic thriving. You can get your copy here.