Edmund Stone on How to Use Horror to Improve Your Writing

Even if you don’t particularly care for horror as a genre, practicing writing it can help you write other genres. So to help you learn what it takes to terrify your readers, we’re interviewing Edmund Stone, one of the best horror writers in our community, to talk about how horror can improve your writing. 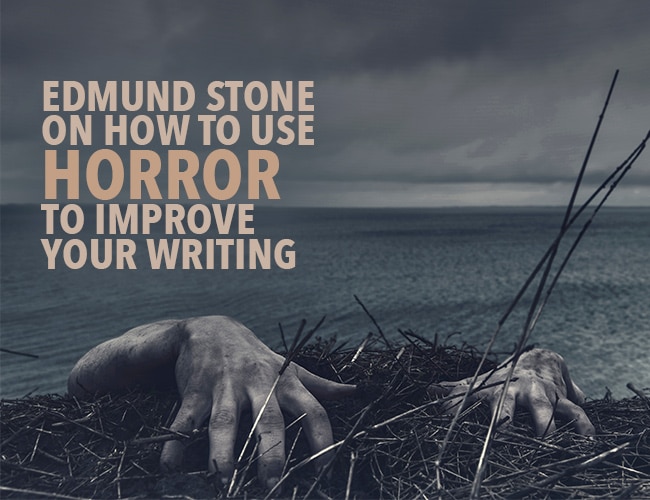 Horror gets all the love for a few weeks in the fall and then is thrown in the back of the closet with the other skeletons for a year. It's a genre that gets a lot of flak, that no one takes seriously, that writers seem to avoid like the plague.

It's okay if horror isn't your favorite genre. But the fundamentals of horror will help you in all your stories.

Learning to be one with that fear and to use all five senses to describe it will help you uncover the deepest feelings of your characters, whether you're writing a horror novel or a YA romance.

I say horror is for all seasons and here to share that sentiment with me is Edmund Stone, author of Hush My Little Baby. Edmund was kind enough to talk to me about how to improve your writing by writing the genre everyone’s afraid of (and he threw in a couple writing tips to boot).

Edmund is a writer, poet, and artist who spins tales of strange worlds and horrifying encounters with the unknown. He lives in a quaint town on the Ohio River with his wife, a son, four dogs and two mischievous cats.

You can contact him at edmundstoneauthor.com, on Twitter @edmundstonehwr, or on Facebook. You can find his new short story compilation, Hush my Little Baby and all his other works, on his Amazon page.

Let's get down to it!

First a couple general questions and then we'll get to the good stuff: Who’s your favorite author? Are they your greatest writing influence or is there someone else?

At the moment, it’s Joe Hill. NOS4A2 is my absolute favorite! I’ve read the book twice. I can’t wait for the series to come out.

In the horror genre, my all time favorite is probably Poe, with King a close second. I’m also a fan of Lovecraft, who inspired the writing of “Pound of Flesh”, one of the stories in my book. Clive Barker inspired me quite a bit when I was a teenager.

But my most influential author will always be my grandma Chloe. She was a hell of a poet! She gave me a passion for writing poetry and drawing. She passed away a while back but I still feel her influence on me today.

What’s the hardest thing about writing for you and how do you move past it?

Time. I think juggling a day job and all the responsibilities of family and other things that take my time away from creating, is the hardest for me, and probably every other writer. I’m trying more and more to prioritize.

My day job is always the same time. But at night, I make sure I’m in front of the computer; usually from eight to midnight, five days a week, you’ll find me there. In the Winter I can use Saturday and Sunday, but not always. Those days are extra.

If I could only get into the NaNoWriMo groove all the time, I would have a bunch of novels written by now. Rough drafts, but at least written down. Right now, I have to finish a draft I’m working on and then all my time will go to Lost Hope, art and writing.

You predominantly write horror. Tell me a little about what attracts you to that genre.

I think the shock factor is what draws me most to horror. The thought of something under my bed or standing in the shadows has always given me a thrill.

I originally cut my teeth on Poe, then moved on to Clive Barker and later Stephen King. The first horror film I ever watched all the way through was John Carpenter’s The Thing. I so loved the way the two genres of sci-fi and horror were meshed together, I was hooked.

Staying up for hours to read and watch horror books and movies gave me some wonderful nightmares. I suppose the thrill of those experiences helped to solidify the love of the genre.

“
Staying up for hours to read and watch horror books and movies gave me some wonderful nightmares. —Edmund Stone
Tweet this
Tweet

As I write horror as well, I often have other writers tell me they envy my ability to write in the horror genre and they could never do that. What do you think makes horror such a difficult genre for a lot of writers?

Fear. Plain and simple. Horror is about letting go of the norms in society. The horror I write is anything but normal. However, it happens in some pretty normal settings.

I feel most don’t want to embrace darkness; they want to run from it. But there are those individuals, like you and myself, who can’t get enough of it.

I’ve been a therapist for the last twenty-five years, I also did a four-year tenure on a rescue squad, and I’ve seen my share of horrible things happen to good people. Sometimes you must jump into a dark and loathsome place to escape the real horror which is all around us. 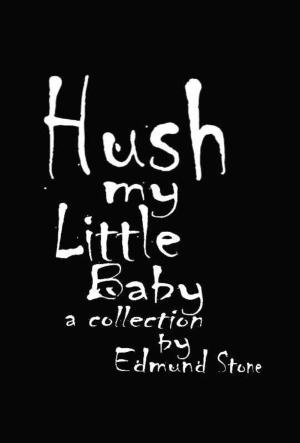 Sometimes I have issues finishing a short story because there are so many ideas bouncing around my head. Do you ever have that problem and what do you do about it?

All the time! I try to finish the project I’m on at the time before jumping to another. That usually means setting a self-imposed deadline and sticking to it. I make myself sit at the computer and not move until I get to a certain word count, or things like that.

I do write ideas down though. The recent novel I have in rough draft went through a process of notes until I jumped in during National Novel Writing Month and wrote as much of it as I could. It’s called Soul Mirror, for now, and it’s a bit of a departure from the Tent Revival world.

Do you have any tips for those looking to write horror? Is there a go-to inspiration source for you?

I try to read as much as I can, but I probably watch more sci-fi than I read. When it comes to reading it, I think Orson Scott Card is good for the sci-fi aspect. His Ender’s Game series is fairly dark as it deals with genocide and manipulative governments, good stuff.

I’ve read Richard Matheson, as he has some titles involving sci-fi and horror, and you can’t forget Lovecraft. His form of cosmic horror is great for inspiration.

I draw inspiration from the classics too. I recently reread 1984 by Orwell. I hadn’t read the story for years, but the book is so dark and the dystopian aspect of Earth will help when I do the rewrite to Lost Hope.

I like the whole concept of “in space, no one can hear you scream.”

Don’t be scared of horror

To be a good horror writer, you have to be all about emotions and atmosphere. Both of which certainly don't hurt to master when writing other genres.

Remember, horror doesn't have to be all blood and gore. That's not the point of horror. The point is to explore our deepest fears and to connect with what makes us human, which is really what all stories are about.

Don’t be afraid to dive into that fear and write some horror, Halloween or not. Tapping into fear will improve your writing in any genre.

Thanks to Edmund for talking with us! Don't forget to check out his short story compilation on Kindle or in paperback now!

Does the idea of writing horror intimidate you? Let me know in the comments!

Think of the first thing you remember being scared of. The dark, a book, a TV show or movie, anything. Take fifteen minutes to explore that fear and write a scary scene. Whether the scene is fiction or nonfiction is up to you, but you MUST use all five senses to describe the fear.