Write About Life and Death

The day Marston was born, we found out my wife's grandmother had cancer. They said she had six months to a year to live. Three weeks later, she was in critical condition, and my wife was flying up to see her. It's now four weeks after my son was born and I'm here in Pennsylvania, Amish country, for the funeral.

Never before have I seen life and death in such close proximity. Cormac McCarthy once said these are the only two subjects worth writing about, life and death. After experiencing it first hand this month, I get it. 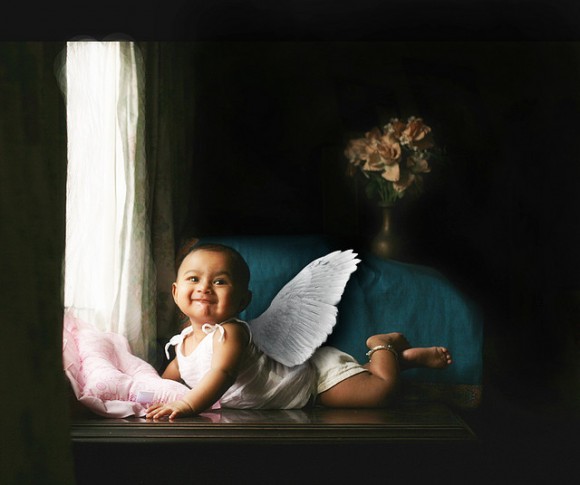 Great art employs contrast: good and evil, dark and light, life and death. When you place orange next to dark blue, both colors look more vibrant (which is why sunrises are so beautiful).

When you place life next to death (or vice versa), both become more meaningful.

There’s this one picture someone took of my son with his great-grandmother. She was unconscious, had that gaping mouth of the dazed dying.

Marston was lying, propped up against her, looking up just past the camera with an expression that says, “This is very strange.” And certainly, for one so freshly brought into the world, the idea of someone leaving it would be foreign.

When I first saw that picture, I thought, “Oh, good. Someone got a picture of him with her.” The second time I looked at it, I recognized the contrast and felt a slow burn of grief and awe in my chest.

I wanted to show the picture to everyone I talked to that day, as if to say, “See? This is the mystery, that these two things could exist in the same world. How do you explain that?”

Great writers write about death. Of the twenty books nominated for the Booker Prize in 2011, all of them involved the theme of death. By exploring death, you naturally draw out the meanings behind life.

Sometimes when I look at my son, I wonder what it will be like for him as an old man, looking back on his life. Will he be content with what his life as he faces death? What can I do, I wonder, at the start of his life, to make sure the end is successful?

Develop the Contrast in Your Story

Great art employs contrast. If you want to create art, ask how can you develop the contrast in your story?

How can you increase the proximity between death and life?

How can you draw out the meaning of life by writing about death?

Do you follow Cormac McCarthy’s advice and write about life and death?

Write a scene that shows life and death in proximity to each other, experimenting with the contrast and how it draws out the meaning of both.

Write for fifteen minutes. When you’re finished, post your practice in the comments section. And if you post, be sure to comment on a few practices by other writers.