This post is by our new regular contributor, Monica M. Clark. Monica is a lawyer finishing her first novel. She was an editor at the Harvard Crimson, and has been published by The Wall Street Journal, Boston Globe, Reuters, and Dow Jones Newswires. You can follow Monica on her blog. Welcome to The Write Practice, Monica!

Last week I attended a conversation with Nicholas Sparks and a local D.C. reporter at the historic Sixth and I. There was a lot of movie talk and name dropping (think, “oh that Ryan and Rachel”), but Sparks was an excellent story teller and engaging speaker.  I learned a lot.

I might have said the writing tips Sparks shared were the highlight of the experience, but then a girl announced that she had “The Notebook” tattooed on her wrist. 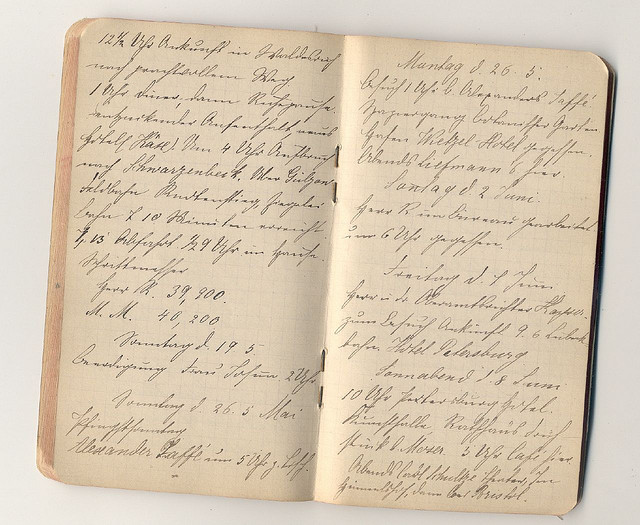 Anyhoo, you want to write like Nicholas Sparks?  Below are four tips on how to do it.

When it’s time to knock out his next novel, Sparks says he writes 2,000 words a day, which I believe he says takes him about five hours.  His declaration involved some math (2,000 divided by the number of words he types per minute plus the square root of pi—something like that) to demonstrate that most of this time is not actually spent “typing.”  Rather, it involves a lot of e-mail checking, grabbing food and, of course, thinking.

I received two takeaways from this statement—1) I must write every day and 2) even the most successful writers sometimes fall victim to distractions and procrastination.

2. Don’t Be Afraid to Write Out of Order

When I say “write out of order,”  I mean really out of order.  Sparks’ latest novel, The Longest Ride follows two couples (four POVs) whose fates at some point intertwine.  Because it would be difficult to write two male voices simultaneously, he wrote nearly the entire story of one couple first, then wrote the second couple’s story, then put the two together into a narrative that made sense.  This was crazy to me.  It never would have even occurred to me to take an approach like this!

That said, I’m also having issues ensuring my POVs have distinct voices—I think he’s on the something.

3. Write About Your Family

The Notebook was based on Sparks’ wife’s grandparents.  Remember A Walk to Remember? His sister.  Another novel is about his son, and yet another his brother (wait—does he have a brother?)—you get the point.

Sparks was inspired to write The Notebook after hearing his wife’s grandparents’ love story shortly after his own wedding.  Her grandfather told the story because it seemed to help with his wife with her Alzheimer’s.  Aww!

Want to be like Sparks?  Start interviewing the ‘rents!

4. Keep Your Future Movie in Mind

This brings me back to my last post on how to write a novel that will become a movie.  It’s fair to say that Nicholas Sparks has been very successful at that.  I believe eight of his novels have become movies already, and two are lined up in the future along with one TV show.  He really has the best career ever—at any one moment he’s writing a novel, promoting a novel, producing a movie, and promoting a movie.

Given how closely tied his books have become with film, Sparks says that he seriously considers how the plot will play out on screen before writing.  He recognizes that certain things that work in books (like introspection) simply don’t in film and vice versa.  However, once he starts writing all thoughts of the future movie are gone.  As soon as that first word hits the screen, he is nothing more than a  novelist.

Post your practice in the comments section. And if you post, be sure to give feedback on a few posts by other writers.