When to Discard the Three-Act Story Structure 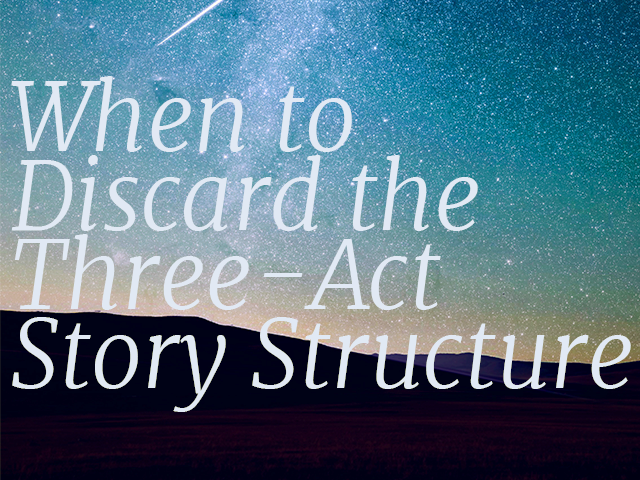 I've finally gotten around to finishing Ken Follett's Century Trilogy with Edge of Eternity, and hoo boy, there is a lot that happens in that book.

One could argue that there's a lot that happens in all three books, given that they cover a one-hundred-year timespan, but the final installment felt much fuller than the other two. For some reason, it felt like the third book had more climactic peaks than the previous two, even though history has always been a series of events happening simultaneously in multiple locations.

While each of the first two seemed to revolve around a World War, the third picked up multiple events between 1960 and 1990: the American civil rights movement, the Cuban missile crisis, the Kennedy assassination, the British Invasion, the Vietnam War, Watergate, the fall of communism in eastern Europe, and finally, the fall of the Berlin Wall.

What made the book feel so different might have had something to do with its rejection of the classic literary structure, the three-act story structure.

Can You Really Discard the Three-Act Structure?

So much of crafting a story has its roots in those five pieces of story (e.g. the inciting incident, rising action, climax, falling action, denouement) that it sort of throws you off balance when a story presents itself and isn't in that format.

Obviously, in a work of historical fiction as ambitious as Follett's, you can't reasonably be expected to have one single climactic moment.

But are there other instances when the classic story structure should be rejected?

Sure, why not? We're all about rejecting rules here.

When You Can Get Rid of the Three-Act Story Structure

Classic three-act structure is a good foundation for writing, and it can guide you when you're feeling stuck or uninspired, but it's not by any stretch the be-all-end-all authority on how to write a story well.

And besides, a lot of modern act breaks are imposed because of the need for intermissions (or commercial breaks, in the case of television or TV movies), not because the story is better for them.

Maybe you're working in seven acts, and each act is its own contained story, like Follett's Edge of Eternity.

Or maybe you tell the same story four times from a different character's perspective, as in Rashomon-inspired tales.

Or maybe you really screw with convention and pull something like Christopher Nolan's Memento where time is fluid and structure is thrown out the window.

Maybe in the middle of the falling action, something of major significance happens that needs to be resolved quickly before the main plot can be wrapped up, or maybe it happens after the main plot has already been brought to its conclusion, as in The Incredibles.

Don't let rules about structure weigh you down. Other writers have broken the pattern many times before you. Drop it yourself and see what happens.

Would you ever write a story without the three-act story structure? Share in the comments.

Brainstorm the outline of a story that uses any other structure by the three-act story structure. Share a bullet-point list version of your story outline in the comments section when you're finished.