Let's overcome creative block by playing Shiritori. Shiri– what did you say? Shi-ri-tori, a Japanese word-game. We are going to Japan to learn a new word game. Well, we are not really going to Japan. I think it would be expensive for all of the readers of The Write Practice to fly to Tokyo. 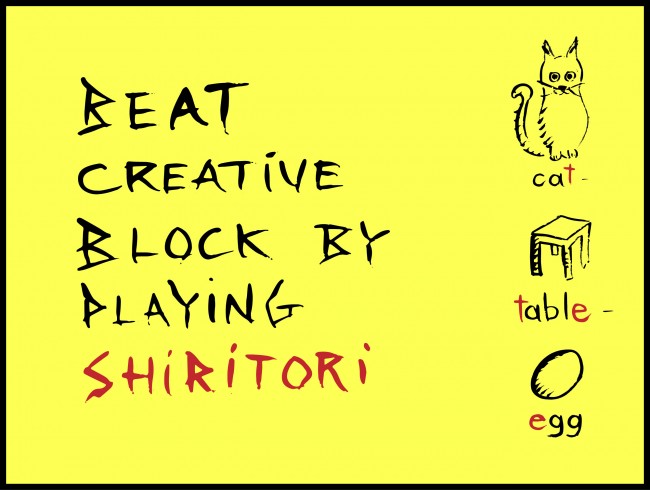 We will play the word game, Shiritori, in the privacy of our homes.

Instead of studying data, Takahashi played Shiritori and created several fun toys, such as a toothbrush shaped like a guitar that played music. Let's play the game too. Who knows, maybe your protagonist could use Takahashi's toothbrush to brush his teeth? 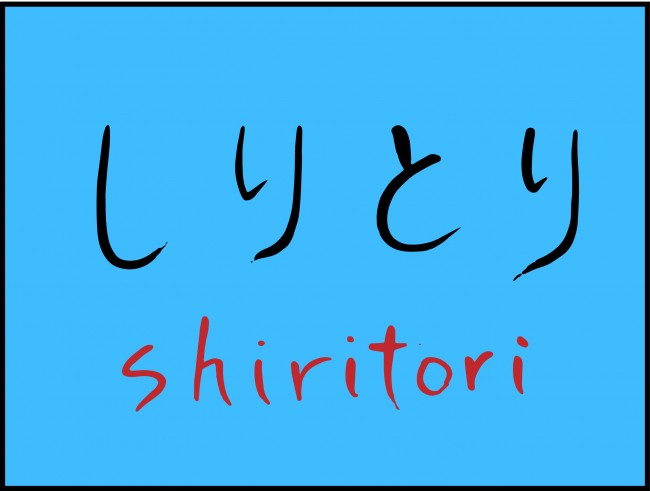 Shiritori is a word game where the first letter of a word is the last letter of the previous word.

The Japanese version of Shiritori is a little different from how you would play the game in English: The players are required to say a word that begins with the final kana of the previous word. You lose the game if your word ends with the sound, “n” as no words in Japanese start with that sound.  (You can't lose in the game we play today.)

As I don't speak Japanese very well, and the only Japanese noun I know is tamago, which means egg, I would have a hard time playing the game in Japanese with you. We will play the game in English, where I at least know sixty-four nouns.

We will choose the first word at random, Here are several ways to pick your first word. 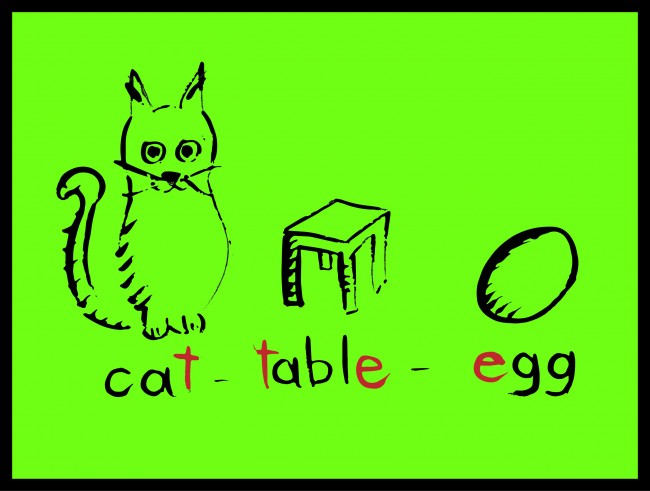 Cat – table – egg. I made the end and beginning letters of the words red so you can see how the game is played.

The random association of the three words can be used as a writing prompt to write a story about a cat, a table, and an egg. Or the random three words you create can be used to help you get creative ideas flowing in your brain again.

Perhaps you are stuck in the romantic novel you are writing. How will your protagonist get over the trauma of losing their job? Will they take their cat to the store to buy a new table or will they decide to hatch a dozen eggs and raise their own chickens? Will they fall in love with the veterinarian who specializes in chickens?

But don't just stop at one combination of three. Keep playing the game until you have several word associations, or until you get a flash of inspiration to write a story to save your hero, or maybe to design a toy.

You can beat creative block by playing Shiritori.

Have you ever played Shiritori before?

Write a story using one of the three-word patterns you created. Write for fifteen minutes, and then please share your story in the comments, and comment on someone else's story.