The Philosophy of Villains

Depending on the fictional work, villains have different philosophies on the relationship between good and evil. Some villains are aware of the fact that heroes are willing to go to great lengths to ensure that the forces of good and justice prevail. Others can’t comprehend the idea of a hero sacrificing themselves for the sake of the greater good. 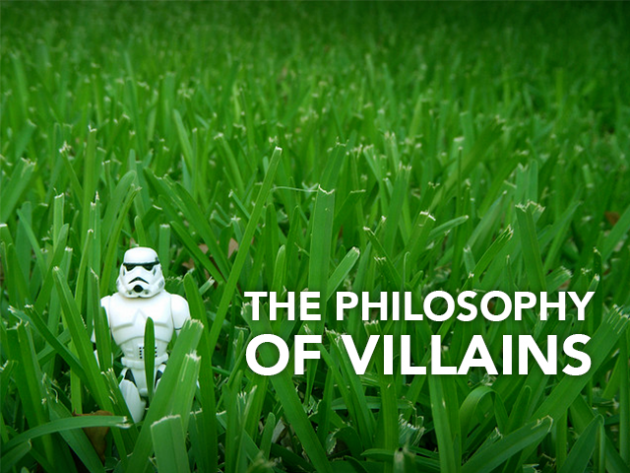 Many villains tend to believe that humanity should function in a way that encourages self-preservation and the interests of the individual above all things.

These villains tend to act in their own self-interest nine-eight percent of the time, because no one else is going to look out for them.

They often espouse the virtues of freedom, seeing “heroes” as enslaving people to an arbitrary system of rules and dogma.

Their henchmen are expendable if the situation requires it, and they nearly always have an escape route ready as a plan B.

These villains cannot understand the concept of goodness or generosity because there is no guaranteed return on that investment.

Examples of villains with this philosophy:

On the other side of the coin are the villains who have an understanding or belief that humans can act in a purely selfless capacity—they’ve just chosen not to follow this path themselves, or they use this understanding of humanity to manipulate and take advantage of others to advance their own agendas.

These villains fall towards more anti-social or sociopathic tendencies as opposed to purely self-motivated ones.

Alternatively, these villains can believe so strongly in the concept of good that they expect not only goodness from heroes, but compassion, regardless of the actual level of villainy that the bad guys have been involved in.

These villains believe that the heroes will be generous enough to them when and if they are apprehended that they can get away with pretty much anything and come away with the equivalent of a light slap on the wrist and a brief timeout.

Examples of villains with this philosophy:

What type of villain does your work require?

Think about the world your protagonist inhabits, and the villain you’ve created for your story. What philosophy does your villain adhere to? Now write for fifteen minutes as though your villain embraced one of the other philosophies of villainy. How does that change your story and the actions of your villain? If you’re feeling brave, post your completed practice in the comments, and leave feedback for your fellow practicers.