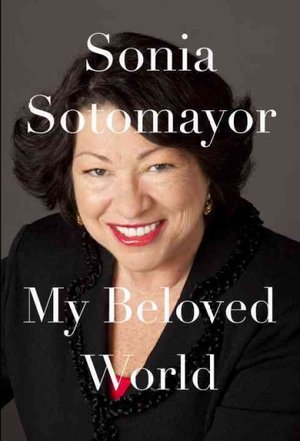 Let’s talk about motivations. I love character motivations. When an author has a good grasp on them, the story ultimately leads to a conclusion that is inevitable (but hopefully also surprising).

Recently I read My Beloved World, the memoir of the first Latino and third female Supreme Court Justice, Sonia Sotomayor. One of the major takeaways I drew from the book was the role her diabetes diagnosis appears to have played her ultimate success—a motivation I found both fascinating and surprising.

The experience made me realize that memoirs and autobiographies or even television interviews are great ways to understand why people do the things they do, and why people are the way they are.

Memoirs Are About Real People (and Therefore Real Motivations)

A memoir or interview tells the story about real person and describes events that really take place. Something in this person’s life made it extraordinary and memoirs try to explain how it happened. But what decisions did the subject make that others would not have? What led them down this path of great achievement or great tragedy (or both)?

I’ll never forget Oprah’s interview with Lance Armstrong a few years back. He talked about everything from the doping to the cancer. On the one hand, he was so ambitious and driven that it led him to take performance-enhancing drugs and lie about it (with incredible conviction I might add) for a long time. On the other hand, when the doctors told him he had a fifty percent chance to live, that same drive and belief in himself not only played a role in his recovery, but enabled him to inspire others to do the same through his book.

As a character, Lance is as interesting as anything any of us can make up. As controversial as he is, let’s face it—his life was extraordinary, and what better way to find inspiration?

Next time you pick up a memoir or listen to an incredible life story, see if you can figure out why the subject made the decisions that he made. What motivations were behind them? How did they make their fate inevitable?

Memoirs, et. al are explicit about some motivations in a person’s life, but not all. As writers, we need to go beyond what they tell us, and discern what the stories are showing us. Is there a motivation driving the subject that they don’t even realize is influencing them?

When I read Sotomayor’s memoir, I concluded that it was diabetes that gave her the qualities that enabled her to become one of the most powerful people in the world. She was diagnosed at a young age and during a time when the chances of survival were much lower than they are today. She had to give insulin shots to herself from childhood.

But the process made her disciplined. The reality that she could die young drove her to give her life purpose. And the fact that she was suffering from a disease steered her away from temptations of drugs that plagued her low-income Bronx neighborhood.

Others might disagree that diabetes was a primary motivation behind Sotomayor. In real life we’re influenced by multiple factors; however, when telling a story, writers must pick a primary motivation to serve as a guiding force or theme. Memoirs provide an interesting opportunity for you as the reader to think about those influences that are less obvious yet equally impactful.

How about you? Do you want to know how to write a memoir? Check out our complete guide, Write a Great Memoir: How to Start (and Actually Finish) Your First Draft.

Whose life story fascinates you?

Pick a person with an extraordinary life. Write an obvious motivation behind their choices. Now take fifteen minutes to do some research or watch an interview—what other influences shaped him or her?