The Flip Side: Writing Villain Protagonists 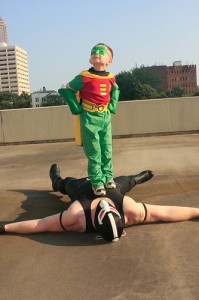 We’re used to rooting for our protagonists. The easiest way to get an audience behind your character is to give them a moral compass that consistently points toward good. But what happens if your main character’s moral compass points in the opposite direction? Or if they have no moral compass at all?

Welcome to the world of the villain protagonist.

What is a Villain Protagonist?

Villain protagonists are exactly what they sound like: characters who exhibit the traits of villains, but who are the central characters of the story. It can be a writer’s experiment in examining the other side of the traditional hero-villain dynamic (as in Wicked), or maybe the writer has decided that whatever the protagonist is fighting is even worse than their main character. Either way, the protagonist is generally not a character that the reader would invite over for dinner anytime soon.

Sometimes the villain protagonist undergoes a personal transformation during the course of the story, bringing them to the side of good. The Grinch of Dr. Seuss fame is probably the most well-known example of this archetype, but it also appears in Megamind and Catch Me If You Can.

Famous examples of traditional villain protagonists at work include the Godfather trilogy, The Usual Suspects, American Psycho, A Clockwork Orange, and Dexter. It’s not easy to write a sympathetic serial killer, but it can make for an interesting experiment.

How about you? Who are your favorite villain protagonists?

Create your own villain protagonist. It can either be a unique character, or a villain from an existing story. Tell their story for fifteen minutes, and post your practice in the comments. Don’t forget to leave feedback for your fellow writers. Good luck!