I have a one-hundred-and-five-page book. It weighs four ounces. The Boston Globe thinks that “No book in shorter space, with fewer words, will help any writer more than this persistent little volume.” The Elements of Style by William Strunk Jr. and E.B. White, a treasure trove of wisdom about writing style, is as elemental to a writer as practicing scales is to a pianist. 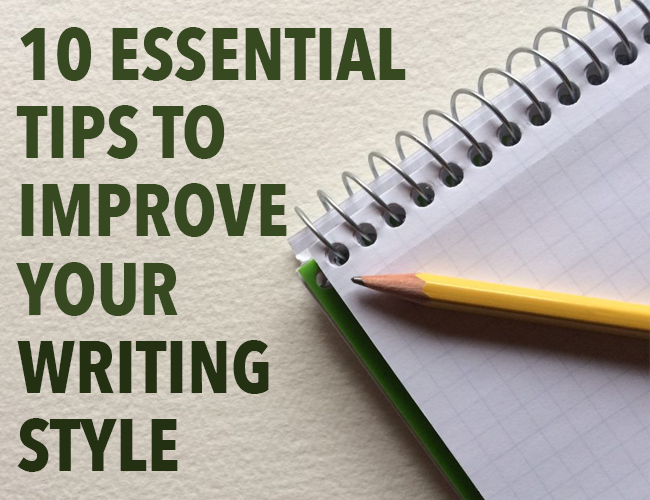 Strunk and White gave us several principles of composition and style. These are my top tips, counting down from ten.

10. Use The Active Voice

The active voice is more direct and forceful.

Do not write what is not happening. Write definite assertions.

Words that are general, vague or abstract are unlikely to hold the reader's attention.

7. Write With Nouns and Verbs

Nouns and verbs are preferable to adverbs and adjectives.

6. Avoid The Use of Qualifiers

Rather, very, little, pretty—these are the leeches that infest the pond of prose, sucking the blood of words. —Strunk and White

5. Do Not Explain Too Much

The use of adverbs after he said, or she said, is cluttered and annoying. “He said sadly” or “she said triumphantly” is not advisable.

4. Do Not Construct Awkward Adverbs

“
Do not dress words up by adding -ly to them, as though putting a hat on a horse. —Strunk and White
Tweet this
Tweet

When you write make sure your intent is clear.

The Elements of Style, in addition to advising on composition and style, has a section on grammar, “Elementary Rules of Usage,” and a chapter on “Misused Words and Expressions.” The book is an excellent reference for writers who want to understand the basic elements of writing. I keep a copy of the 4 oz book in my bag and read it when I am waiting in line at the doctor's office, or waiting for my peas to cook.

Do you have a copy of The Elements of Style? We will be giving away a copy to five randomly selected writers who comment by next Tuesday, January 24.

What is your best advice about writing style? Let us know in the comments.

For today's practice, you have two choices:

Whichever practice you choose, write for fifteen minutes. When you're done, please share your writing in the comments section and give your fellow writers feedback and encouragement.