Posing a good dramatic question in the minds of your readers is the best way to create suspense and keep people reading. In Monday's post, we talked about what the dramatic question is. Today we're going to talk about how to use it effectively. 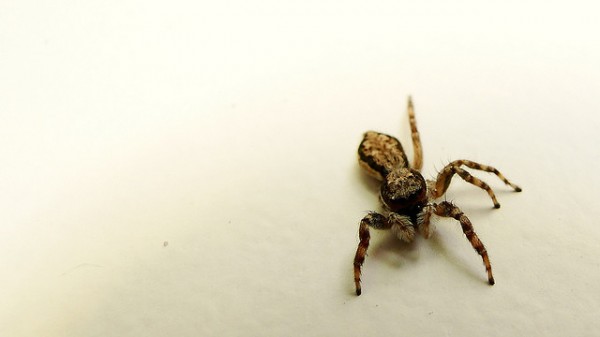 Want to learn more about how to plot and structure your story? Check out my new book, The Write Structure, on sale for $5.99 (for a limited time!). It helps writers like you make their plot better and write books readers love. Click to get the book.

Here are seven steps to create suspense with the dramatic question:

1. Make the Reader Care About the Answer

You're writing a thriller about a spy who puts herself in constant danger to fight her arch enemy for the sake of her country, posing the dramatic question, “Will she survive and save her people?” Pretty standard stuff.

However, if your heroine is whiny, annoying, and mean spirited, if we don't find her sympathetic in some way (even if she's not likeable), then your readers aren't going to care as much about whether she survives or not. On top of that, if your villain isn't a hateable mastermind, but actually a weakling guy that's actually pretty nice, no one is going to root for your heroine to defeat him. And worse, if the country she's fighting for is full of whiny, annoying, mean spirited people, then we might even root against her.

Before you pose the dramatic question, spend time introducing your characters:

Most people I read say the right time to pose the dramatic question is between 1/6 and 1/3 of the way into your story.

You don't want to answer the dramatic question right away. That would be boring. Instead, build up tension by creating a series of minor battles, with small losses and wins.

For example, let's say your dramatic question is, “Will Inspector Peugeot solve the murder mystery?” To build tension, insert a red herring by having the Inspector find a clue that leads to a chase scene with a suspect. Then, when they finally catch him (win!) it turns out he isn't actually the killer (loss!).

For example, in the Sixth Sense, the dramatic question is, “Can Bruce Willis help Haley Joel Osment with his craziness?” The answer is, of course, (spoiler alert if you somehow have not seen this movie in the last thirteen years and still want to be surprised) no, but Haley can help him. Of course, as soon as we learn the truth that Bruce is actually dead, we see the clues, the foreshadowing, all through the story.

5. If the Dramatic Question Were a Test, Make Your Protagonist Think They Passed

One good way to build suspense is to have a false success, where the protagonist thinks they've solved the dramatic question, they save the world, they helped Haley Joel Osment, they solved the murder. Let your protagonist revel in their success for a while. Then, pull the rug out from under them.

6. If the Dramatic Question Were a Test, Make Your Protagonist Fail

After you make your protagonist think they passed, make them fail.

This is a time honored technique, used by Homer himself. Odysseus is within sight of home when his men, driven by greed, open the bag containing three of the four winds, blowing their ship back most of the way they came.

This creates the dark night of the soul, the death which is necessary in every story in order to create change in the protagonist.

7. Don't Give Away the Answer—Until You Do

The key to supense is not to answer the dramatic question too soon. Think of it as a dance, a tango. You're dancing with the reader, twirling around their emotions, bringing them close and then pushing them away, allowing them to think they've got you and then slipping through their grasp. This is what drama is all about, whether you're writing thrillers, mystery, or romance.

The Dramatic Question by Doug Ebock

Write a scene where you attempt one of the seven steps.

When you're finished, tell us which step you were practicing and post your practice in the comments.