Brangelina, Sporks, and the Secrets of Portmanteau

Confession time: I love when famous people who are dating become one word. Brangelina. Bennifer. The entire cast of Glee. In college, my friend Cassie started dating this guy Brent, and Brassie was born. 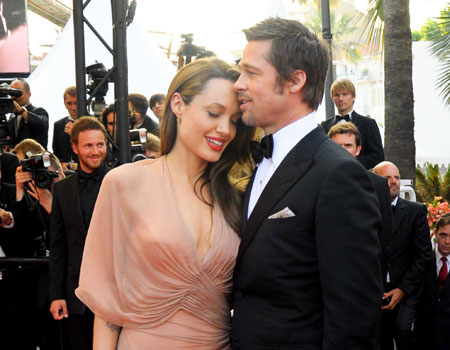 This phenomenon has a name, and as a student of the French language, I love using it: portmanteau.

A portmanteau is a word that is formed from the blending of two words. Although we may notice it most in celebrity relationships, portmanteaux (the plural of portmanteau—portmanteaus, for the less linguistically adventurous) have been around for quite some time. Lewis Carroll gave the word its modern use in Through the Looking Glass, Carroll's sequel to Alice's Adventures in Wonderland, and we as a society have never looked back.

Without portmanteaux, we wouldn't have sporks or brunch or Destiny's Child's “Bootylicious.” I know I've said you shouldn't make up words, but blending two already-existing words together? I fully support that.

And there is your challenge.

Write for fifteen minutes about an interaction between Brad Pitt, Angelina Jolie, and all their little adopted and real children. Create some portmanteaux to describe the scene and to pepper the conversation. Post your lively scene in the comments so we can share in the insanity.

And if you post, make sure you comment on a few other posts and help your other Practitioners out.