Greetings, fellow word-slingers! This is finals week for me, so today’s post will be an exceptionally broad overview of an exceptionally important topic: your story’s setting. The story setting includes everything that affects your characters. It is the environment in which they live, breathe, and find meaning. It is where they fail and learn to succeed. All this to say, your story’s environment matters. 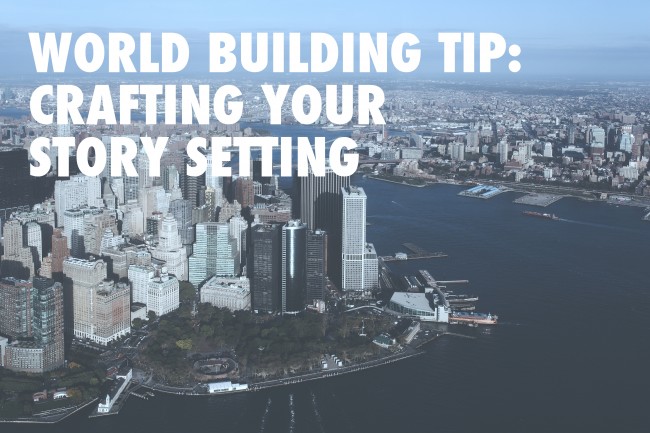 Why your story’s environment matters

Creating an effective environment is a key facet to your story’s success. It’s part of world-building; and no, we aren’t talking about weather, though naturally, that plays a part. No, my friends, the importance of environment can be summarized in two key reasons:

The real world engages all senses at all times. Whether or not you’re aware of it, you’re picking up stimuli from all around you (which is why when something changes, you notice).

“
To write a really good story means having an excellent grasp of the environment in which the story takes place.
Tweet this
Tweet

What is your story’s environment?

I like to break this down into three simple categories: senses, philosophies, and abilities.

How do you use your story’s environment?

These are just a few of the questions you might want to ask yourself while world-building. I know it may seem overwhelming (and good news: it can get a lot worse!), but this is really worth your time.

Now here’s the kicker: you need to know these things because they determine just how your characters can play in your world. However, your reader doesn’t need all the details.

You don’t have to explain the entirety of your environment in your story. For example, if you’ve figured out it will take your characters three months by horse to go from City A to City B, you don’t have to explain the mileage and average speed of a horse in the wintertime and all that. But you do have to note that your character shows up with three months’ worth of beard growth, or perhaps just three months’ worth of sleeping on the ground, so he’s really really ready for a bath and a bed.

To go back to Harry Potter, J. K. Rowling did something quite brilliant when it came to food production in her magical world. See, food has to come from somewhere; it doesn’t appear out of thin air by magic. It isn’t prepared by itself. The kids don’t know this (as kids in developed countries rarely appreciate where food comes from, this is appropriate). They don’t learn until much later in the series that the food isn’t being magically conjured at Hogwarts, but purchased and prepared beforehand by an army of House Elves in the kitchens below.

So yes, Rowling did not explain that food couldn’t be conjured. Instead, she showed it.

This week, it’s your turn. Explore your characters’ environments. What do their senses tell them? What do they believe about the world? What are the able to do within it? Have fun with it! Let loose, and you’ll be amazed at the results.

Your challenge this week is to consider the environment in which your character lives. What do they feel? What do they think? What are they able to do? If you know the answers to any of these questions, your character’s reactions will make more sense, and your readers will be able to dive more deeply into your book.

Take fifteen minutes and write down some of the results. Don’t forget to share your thoughts in the comments section, and reply to three other writers!