“Thriller” is a great genre. In terms of literature, a thriller is any story that “thrills” the reader—i.e., gets adrenaline pumping, the heart racing, and the emotions peaked. As you can guess, that makes it fairly broad.

Buckle your seatbelts. These story ideas are gonna be a wild ride. To study up on techniques that make thrillers and suspense work, check out Joslyn Chase's article here. 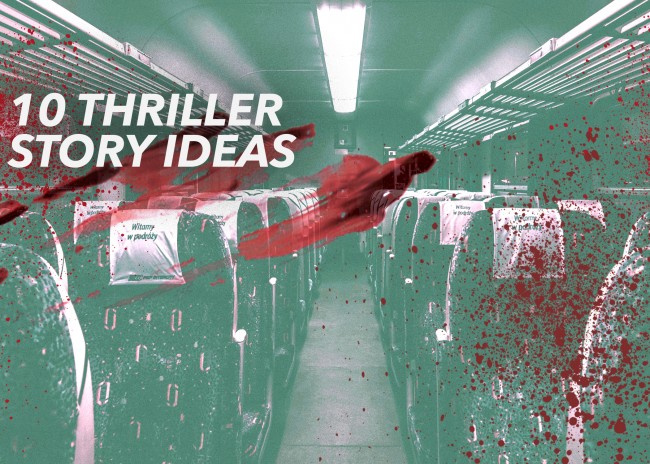 Just so you know, “thrillers” come in all shapes and forms, dipping freely into other genres. In other words, expect the unexpected! Also, I normally do 20 of these things, but these 10 are much longer and more detailed than usual. I didn't want to overwhelm you today, so 10 prompts it is!

Which of these stories speaks to you? Let us know in the comments.

It's your turn! Take fifteen minutes and tackle any one of these prompts at any point in the story. Once you pick a prompt, you can continue the tale, or take it from the beginning, or jump into the middle, using any character you please. Share in the practice box below, and don't forget to encourage your fellow writers.