Do you enjoy a good whodunit? So do I. It's my pleasure to share with you some fun, quirky, story ideas for writing mysteries. 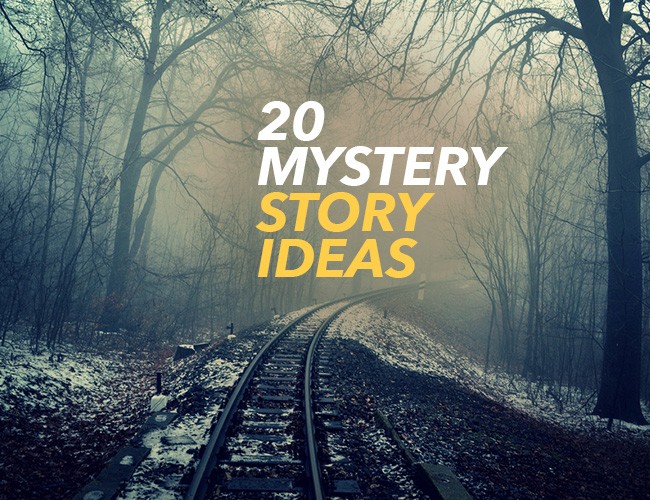 (This is the fourth in my series of story ideas, by the way.  If you're interested in the others, check out 20 fantasy story ideas, 20 sci-fi story ideas, and 20 romance story ideas.) As a genre, mystery begins with a crime, a puzzle, or other situation that requires solving. Authors leave clues and red herrings that the sleuth (and reader!) follow to solve the case. Need help with a structure to get you started? Take a look at our article on the ten types of stories here.

Do any of these story ideas get your inner-criminal devising? Let us know in the comments.

It's time to play with story ideas! Take fifteen minutes and develop one of these story ideas into at least one scene. Don't edit yourself! Set your imagination free, then post your results in the practice box below. Don't forget to leave feedback for other writers!