When Metaphors Get Distracted

The title I was considering for this piece was, “When Metaphors Get Distracted and Wander Off Into the Dead Marshes where the Fallen of Middle Earth Lie Waiting to Capture Their Souls….” But unfortunately it didn't fit. 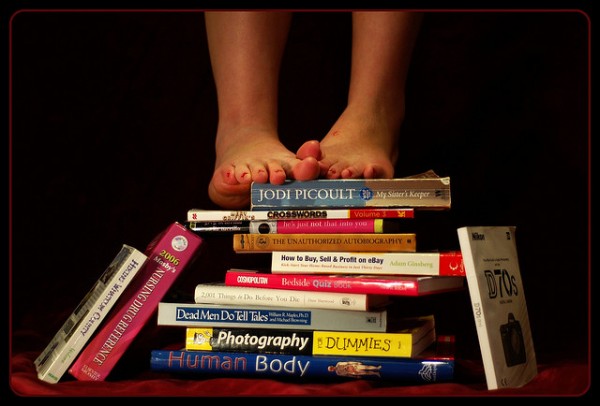 We're all familiar with similes and metaphors, right? These can be great ways to infuse your writing with some punch and visual pizzazz. However, sometimes in the process of getting that metaphor written down, something happens, and the plane that was supposed to quickly and efficiently connect the object of your description and your metaphor ends up going all Oceanic Flight 815 on you and crashes somewhere on a remote island where weird things happen and you're trying to get rescued, but have also kind of resigned yourself to the fact that you're way off course and no one will be looking for you.

In other words, the last part of the previous paragraph is something you generally don't want to do. I'm not aware of a specific literary term for a rambling or forgotten metaphor (although there should be one), but you generally want to avoid them.

However, these distracted metaphors can be highly effective in works of comedy. You're probably familiar with the bit that many stand-up comedians have about how they like their men/women like they like their coffee: in a cup, with a spoon in them, hot and bitter, the list goes on. If you google the phrase, you'll find even more examples of how the metaphor doesn't quite go in the direction you'd expect.

Another way these can form is when a metaphor starts with a simple comparison, but more and more detail goes into the comparison until the intended link has all but completely fallen apart. The character may not even remember where he or she started the metaphor by the time they're done talking. This clip from the Colbert Report illustrates what this looks like in practice.

Have you ever had a metaphor get distracted and wander off on you?

Speaking of practice, let's test out some wonky metaphors on our own. Take fifteen minutes and write a scene about the morning after New Year's Eve, and throw in some metaphors that either take the reader to an unexpected comparison, or that end up getting completely sidetracked and start chugging along in a completely different direction. Post your practice in the comments and check out the work of your fellow writers.