8 Formatting Tips and Shortcuts For Writers

I consider myself primarily a creative writer, but to pay the bills, I take on many the odd job involving writing. Because of that, I've been doing a lot of editing lately, editing blog posts, articles, books, and more.

With all this editing, I've found that I keep making many of same changes again and again. Yes, there are typos and grammatical corrections, but a surprising amount of the editing I do is just simple formatting. 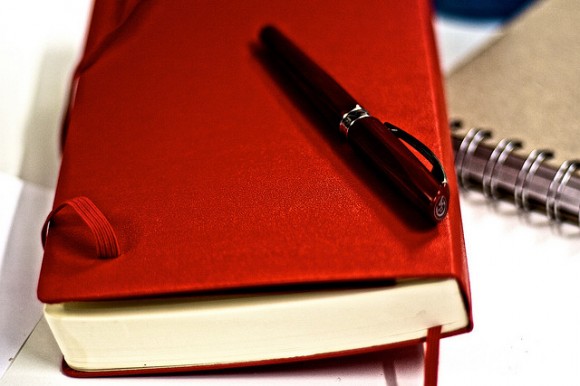 Copyediting and Formatting Tips for Writers

I sympathize. I used to do this too, but putting two spaces after each sentence is an antiquated rule. It's time to stop.

Wide spacing after a sentence was a fashion with traditional typesetters (think Gutenberg). The rule to hit space twice after each sentence was developed in the early 20th century when typists tried to follow this fashion on their typewriters.

However, two spaces (technically, it's considered an em-space) fell out of use in publishing in the 1940s, and nearly every style guide now recommends one space. Also, because most publishing platforms on the Web—such as Blogger and WordPress—aren't as smart as most word processors, two spaces can sometimes cause ugly indents into the margins.

I know it's hard to change a habit like this, but you can do it. I believe in you!

When you put two dashes next to each other, they combine to form an em-dash—like that. Or at least they do on Microsoft Word.

The problem is two hyphens don't magically become em-dashes on most blogging systems, which means I have to edit them. A lot of them. Seriously, I think about half the changes I make to an average article online is simply fixing incorrectly formatted em-dashes.

But it's too hard to hit that special character button (Ω) to get an em-dash every time. Fortunately, there's a quick keyboard shortcut that I use all the time:

Just hit alt/option + shift + dash (-) at the same time and you'll get a beautifully long em-dash. Isn't that fun?

(Don't know what an em-dash is? Check out our em-dash guide.)

Like the em-dash, there's a quick shortcut for an en-dash as well, which comes in handy whenever you have to put two numbers together (e.g. I work a 9–5 job). Here's the shortcut:

(Don't know the difference between an en-dash and your face? Here's a guide on the uses of the en-dash.)

Ellipses are like bouncy castles. In the right setting (i.e. a birthday party), they're great. But if you leave it on your street for a week, it becomes something of an eyesore.

Ellipses, those three periods bunched up together, are used to shorten quotations and convey a trailing off speech in dialogue. Please note, they're not meant for everyday posts on Facebook… If you think this looks okay… you're wrong.

There's a fun shortcut for a true ellipses too, and I find it especially useful on Twitter when you really can't afford to spare those two extra characters. Here's the shortcut for a single-character ellipsis:

Here's more information about how to use ellipses correctly.

5. Spell out numerals one through nine

Of course, that means that sometimes, you have strange combinations of numbers and text, for example, “There were six of us that day and the weather was only 22 degrees.” That's fine, though. Keep your style consistent.

Specific Formatting for the Web

There are also a few formatting best-practices specific to the Internet.

Headers (like all the big, bold text in this post) are everyone's friend when reading online. They allow people to get more information when skimming, break up the text, and create structure. You should use them!

Most blogging and writing platforms have handy buttons to make headers. In WordPress, which is what we use here, there's a dropdown that allows you to select between paragraph, heading 1, heading 2, all the way through heading 6 (which is very small!).

You can also use HTML to create headings. In HTML, the formatting for a header is <h1>, <h2>, <h3> and so on. Make sure to close your HTML tag though by adding a </h1>, </h2>, </h3> tag respectively at the end of the text you want to make a header. Otherwise, the rest of your page will be really big and bold!

When writing online, like newspapers, large blocks of text intimidate readers. That's why when we write online we use short paragraphs no more than five or six lines.

Also, readers online like to skim (you're skimming right now, aren't you?). Short paragraphs force people to slow down and help readers get more information from the text when they skim.

Do you have any formatting pet peeves that I missed? Share in the comments.

A group goes on what starts out as a fun, winter outing, and for today's practice, you have two options for how to describe their experience. Option one is to follow all the rules we've listed above, using true em-dashes, proper use of ellipses, and only putting one space after each period. But I also think that breaking all the rules is one of the best ways to learn them, so the second option is to break all these formatting guidelines in your practice.

You choose. Are you going to be a rule follower or a rule breaker?

Write for fifteen minutes. When you're finished, post your practice in the comments section. And if you post, be sure to leave feedback on a few practices by other writers. Make sure to guess if they're a rule follower or rule breaker.