When Do You Use “Quotation Marks”?

A few years ago, I rented a car. Normally this wouldn't be a memorable event. But an appalling misuse of grammar burned it into my mind, and years later, I haven't forgotten. 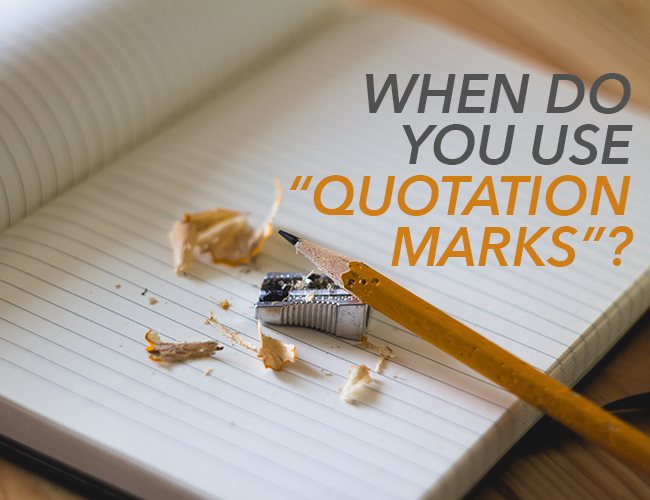 You see, when I went to the airport to return the rental, I saw this wonderfully instructive sign. 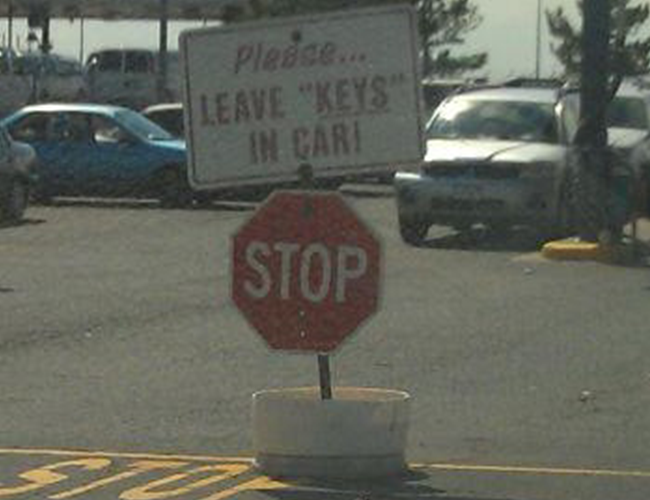 And this brings me to today's grammar lesson: how and when to use quotation marks.

The Correct Ways to Use Quotation Marks

Quotation marks have gained new responsibilities in writing in the past fifty years. Previously, they were pretty exclusively used to mark dialogue. But with the introduction of sarcasm and facetiousness into our lives, they have found a whole new purpose.

Let's take a look at today's uses of quotation marks.

Robert Frost's “Stopping By Woods on a Snowy Evening” is one of my earliest memories of exposure to poetry. “How to Use Either, Neither, Or, and Nor Correctly” is the most popular post on The Write Practice.

Any time you are making reference to a scholastic article, newspaper article, or anything similar, use quotation marks around the title of the article/poem/blog post/song/TV episode/etc.

3. Quotation marks reveal the use of sarcasm, irony, euphemisms, or slang.

It's become a thing in American culture to use air quotes. I realize we have some overseas readers, so for all those unfamiliar, air quotes are when you take the first two fingers of your hand and curl them like bunny ears.

The dude in this Wikipedia article has it down.

Air quotes designate that what you're saying should not be taken at face value. You are being sarcastic or lying outright. In your writing, they're used in the same way. For example:

Alice sat on a park bench and watched the “runners” turn their heads towards her, trying to make eye contact.

The quotation marks in this example indicate that the runners aren't running so much as checking her out, and are being less than subtle about it.

Do you ever run into trouble using quotation marks? Let me know in the comments!

Every citizen has the right to live in a grammatically correct world.

For fifteen minutes, write a letter of protest chastising the car rental agency. Make sure you use as many quotes (correctly) as you can. Be sarcastic. Cite made-up articles as “sources” (putting the titles in quotes, of course). Finally, use some dialogue just to show this “agency” the right way to use quotes.

Post your letter of protest in the practice box below. Then give feedback to a few other protest letters from fellow writers.