How to Be Punny

Humor Week continues here at The Write Practice with a post about puns from our Copy Queen, Liz Bureman.

Puns, puns, puns. You either love them, or you are wrong. Charles Lamb and Edgar Allan Poe both had low opinions of those who did not like puns, with Lamb going so far as to say, “I never knew an enemy to puns who was not an ill-natured man.” So if you don’t like puns, well, you must not be a very pleasant person to be around. 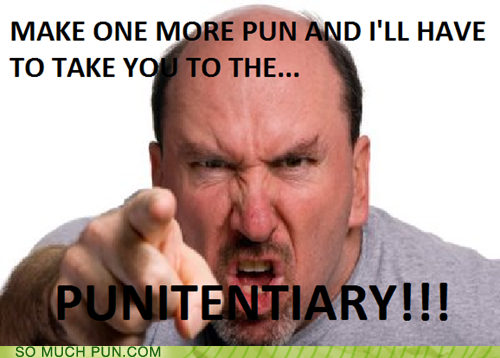 There are many different kinds of puns, but the core purpose is essentially the same: one set of words conveys two meanings.

One of the most well-known examples is the title of Oscar Wilde’s most famous play, The Importance of Being Earnest. While the title tells us that sincerity and honesty are significant in the work, it also just so happens that both the protagonist and antagonist both spend significant portions of the play masquerading under the pseudonym of Ernest. And for those of you who have seen or read the play, you know just how important it is for those men to be Ernest.

There is so much more we could analyze just in that title, but let’s leave that for the critics and start practicing.

Sharpen your wits, because we’re going to practice our punning. Take fifteen minutes and create a character who frequently uses puns in their speech patterns. They can be either the life of the party or the one who elicits groans from their audience. Go crazy with this one. Post your practice in the comments and be sure to leave feedback for your fellow pun aficionados.

Also, for some inspiration, check out this video from the 2008 Pun-Off World Championship.