Write a Sizzling Modern Adaptation of a Classic Story

Adaptations of classic stories are everywhere. Beyond the usual adaptations of Romeo and Juliet and Macbeth, some filmmakers and writers give more modern adaptations of the text. For example, everyone’s favorite teen movie of 1999, 10 Things I Hate About You, is based on William Shakespeare’s The Taming of the Shrew.

Why write a modern adaptation of a classic story? 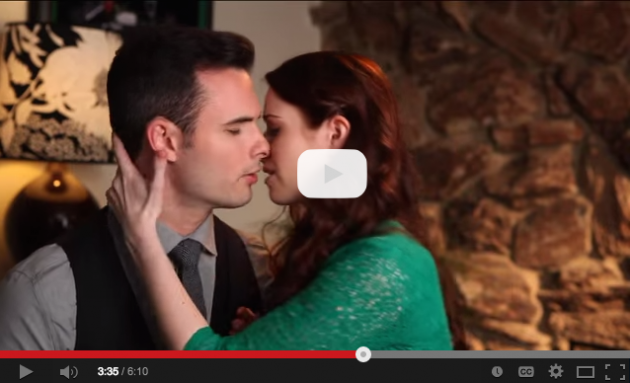 The Lizzie Bennet Diaries is a modern adaptation of Pride and Prejudice. Watch the Vlog here.

Last Wednesday, I found out that my feverish disposition and general exhaustion was due to pneumonia, so I didn’t work on Thursday. Instead, I followed the recommendation of an old high school friend and binge-watched the Lizzie Bennet Diaries on YouTube. It’s a modern adaptation of Pride and Prejudice in which Lizzie has been reimagined as a 24-year-old grad student who is posting a vlog on YouTube as part of her thesis.

The other four Bennet siblings have been pared down to Jane and Lydia, Mr. Bingley is now an Asian med student named Bing Lee, and Mr. Darcy is now William Darcy, son of a media mogul and CEO of Pemberley Digital.

This isn’t the first time that Pride and Prejudice has been modernized for a different audience.  It was also given a horror twist in the form of Pride and Prejudice and Zombies, and of course, who can forget Hugh Grant and Colin Firth facing off in Bridget Jones’ Diary.

Modernization is a type of adaptation, but shouldn’t be confused with a straight adaptation. Plenty of books have been adapted for film or television, but that typically (though not always) means the story and setting is kept faithful to the original work.

Modernized versions of works tend to play more with setting and characters, and the work that is given this treatment is generally in the public domain already, so creativity can flow freely without worries of copyright law.

Why Make a Modern Adaptation?

But why would you choose to modernize something that has already been written, instead of spending that energy creating something of your own?

Sometimes if you get stuck in a writer’s rut, turning to an existing plotline and set of characters and moving them to a setting that is the same as the setting of your work in progress can loosen up your mind and open up some creative space.

Maybe your new setting is perfect for a reimagining of As You Like It, or you’d like to see what Dorian Gray would be like if he lived in 1950s Tennessee. You might even find some great inspiration in the modernized version and keep that as a side project.

Who knows? Maybe you’ll be responsible for the next modern classic, or at least a version of Huckleberry Finn with swamp monsters.

What is your favorite modern adaptation of a classic story?

Write a scene using characters and plot points from an existing public domain work, but use the setting of your current work in progress. Post your practice in the comments and leave notes for your fellow writers.