How to Spell in Dead Languages: Per Se vs. Per Say 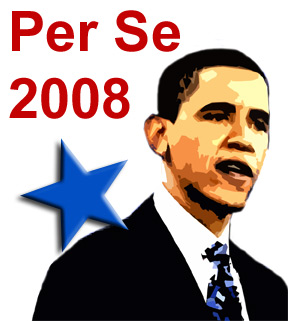 Last week’s Latin experiment resulted in such fun practices that I decided to drum up another one, but I kind of selfishly picked this one because it is misspelled all the time and it drives me up the wall. Ladies and gentlemen, I give you “per se.”

I have run across this phrase spelled “per say,” mostly from people who want to sound really smart on Facebook. No. Stop it. I will personally come find you and punch you in the bicep. We are not cavemen, and we shall not spell like them either. (This is assuming they spelled at all, since the earliest evidence of written language that we know of is from around 3500 BC, but I digress.)

Per se translates as “by itself.” For example, we all know it’s election season, and with a little over a month to go until November 6, the political ads are heating up, especially here in Colorado, since we’re a pretty significant swing state. This means there are more of them, and they’re getting more aggressive. I’m an independent, and I have nothing against either the Republicans or the Democrats per se, but I’m tempted to vote for the Green Party candidate just because I’ve had it up to here with all the political rhetoric.

Per se in this context indicates that I have nothing against either major political party on their own as a collective. However, since the voices are getting louder on both sides, my patience grows thin with both parties, and I’m getting increasingly frustrated with the two-party system as a whole.

Election season is the best, isn’t it?

Need more grammar help? Election season, or not, my favorite tool that helps find grammar problems and even generates reports to help improve my writing is ProWritingAid. Works with Word, Scrivener, Google Docs, and web browsers. Also, be sure to use my coupon code to get 25 percent off: WritePractice25
Coupon Code:WritePractice25 »

Take fifteen minutes and write about something that, under normal circumstances, doesn’t particularly irritate or excite you, but under the right circumstances can either thrill you beyond measure or make your skin crawl. This can be politics, sports, sports fans, concerts, or furry conventions (judgment-free zone here). Post your practice in the comments and take some time to read and comment on your fellow writers’ work.