How to Tell a Story With Just One Character

I have a couple of guy friends who live together who are Star Wars fans. Calling them fans is actually an understatement. 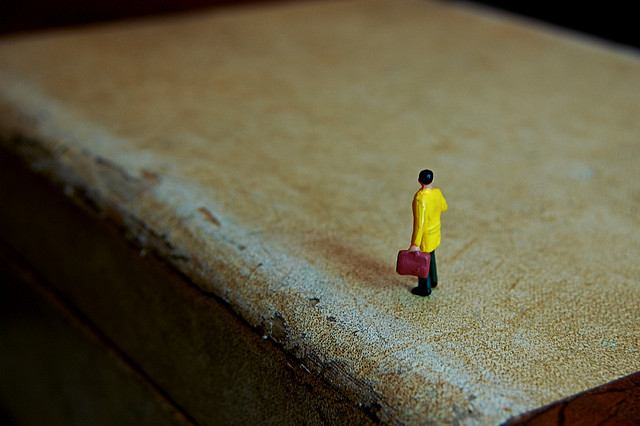 I joined them at their place for the last thirty to forty-five minutes of Episode three, or whichever one was the one that came out most recently. I've seen the original trilogy, but that was when I was about ten years old, and I don't remember much of the story details other than Luke's father is evil, and Leia's his sister, and she loves Han, and Han knows. There's a happy ending thrown in there somewhere too.

The Star Wars canon follows the theme of last week with a truckload of characters. But what happens when you take the complete opposite approach, and pare down your cast of characters to one person?

Is It Possible to Tell a One-Character Story?

One of the easiest ways to build characterization and personality in a protagonist is to surround them with people to interact with. When a character is by him or herself, developing an interesting character becomes a greater challenge. It's doable though. Gary Paulsen's Hatchet, for most of the book, has only one character, and it's one of the classic elementary/middle school reading books. Cast Away features Tom Hanks stuck on an island for four years by himself. If you're feeling up for a challenge, writing a story featuring one character is a great exercise.

Here are two things to remember when writing a story with one central character.

1. Your reader needs to care about your character.

When the reader is only following one character, it is even more important that they have a connection to them. They can't get lost in a cast of characters, and you don't have multiple plot threads to keep the reader's attention. It is critical that you're able to give the character a purpose or a reason for the reader to care about what the character does or what happens to him or her.

Remember, just like with boatloads of characters, your character doesn't have to be good in order for the reader to care about them. Villains are just as interesting as heroes.

Conflict drives story. Conflict is what kickstarts the plot. Without conflict, there's no plot, and no story. Maybe your character's conflict is the reason they're alone, or maybe the conflict is all in the character's head space. Maybe the character is trying to escape something like in the case of 127 Hours. You need to have some sense of conflict to lend additional motivation to your character, and to drive your story forward.

One thing to keep in mind with your story of one: Just because you have one central character by themselves doesn't mean they can't have interactions with others. Flashbacks are useful in writing this kind of story, and animals and inanimate objects can become points of interaction for the protagonist. Hatchet and Cast Away have used these tactics, and they can provide additional information about the protagonist or their circumstances.

What are your favorite works that focus on just one character?

You can tell where this is going, right? Write for fifteen minutes about just one character. Use the tips that we've discussed above to connect us with your character and set a conflict in motion. Post your practice in the comments and check out the work of your fellow writers.