6 Ways to Create Conflict and Get Your Protagonist in Trouble

Conflict is one of the key elements of fiction. It's also a reason to keep reading; it's important to put your protagonist in a sticky situation that requires resolution, preferably before typing the words, “The End.” 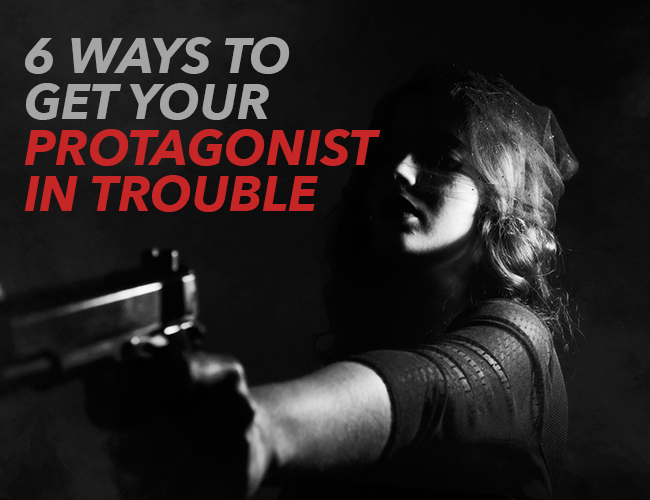 Or, to put it another way: “The writer’s job is to get the main character up a tree, and then once they are up there, throw rocks at them.”

In this post, we'll discuss six easy ways to get your protagonist in the kind of trouble that creates conflict in a story and keeps your reader reading.

How to Get Your Protagonist in Trouble: The Formula

Whether your character is active or passive, the key to getting them in trouble is remembering to put them in over their head. Whether they chose the situation or not, the problem is too big for them—requiring personal growth and sacrifice to achieve the goal.

Obstacles + protagonist response = a reason to turn the pages.

“
The key to getting your characters in trouble is putting them in over their heads.
Tweet this
Tweet

Ways to Get Your Active Protagonist in Trouble

In stories, as in life, characters are faced with hundreds of choices. Unfortunately for them—but fortunately for you and your readers!—those active choices are about to get your protagonist in a heap of trouble. Here are three ways for that trouble to come about:

This is a really easy one, and perfect for YA or any story following a coming-of-age arc. In order to pull this off, you use world building and/or a mentor-figure to establish the rules of this world. Then have your protagonist break them.

Understand, this particular point isn't about being lazy or forgetful or distracted. This is about a specific, conscious choice on the part of your protagonist, either in order to establish independence, to “show them a lesson,” or just to prove some kind of willful point. That sparks conflict in a story, and your reader will definitely have reason to go, “Uh-oh.”

Since fear is something I personally struggle with, I love seeing characters dealing with it. The beauty is that this particular character flaw can get your protagonist in trouble in two ways:

Of course, in order to do this, you have to know what your protagonist is afraid of—and that's a whole other issue. Suffice it to say that you need to know what makes your character tick.

I love heroes. Really, I do; give me a Steve Rogers over a Crossbones any day of the week. The courage and selflessness necessary to risk one's self for others with no assurance of recompense is an amazing thing.

However, as we learned from watching all those Gryffindors in Harry Potter, this particular trait can also get a character in a load of trouble.

Displaying heroism means your character sees a problem and immediately tries to fix it. There's no better way to get them into the thick of things; this can even get your character into the middle of a mess that has nothing to do with them.

It's also a pretty nifty way to get your reader rooting for your character, if you can balance that heroism with a bit of vulnerability and empathy. Nobody likes a one-dimensional hero, of course. 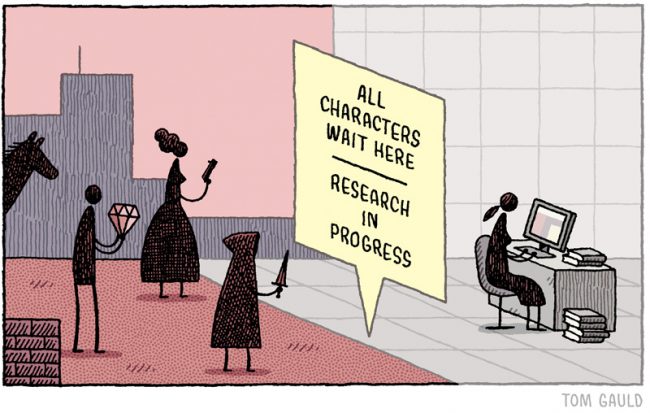 Ways to Get Your Passive Protagonist in Trouble

Not all conflict arises from the choices we make. Your protagonist doesn't have to go looking for trouble—sometimes it will obligingly show up on their doorstep. Here are three ways to bring the trouble to your protagonist:

Time and place are great tools to drop your protagonist in hot water. Your ordinary character can be minding their own business when . . . the bank they're in is robbed! Or the meteor is heading right for them! Or he's in line at the post office when the woman in front of him goes into labor! The way your character responds to the issue of bad timing is crucial for developing your protagonist's personality, as well as setting the stakes.

The key here is that the situation forcing your character to react is outside their control. A young woman simply making rice wine in Japan in 1945 is in the wrong time and the wrong place; now, she has to figure out how to exist in a world that's completely changed around her. An elderly man living in New York City in 2001 must change his entire routine when the two towers fall.

No matter who your character is, the wrong time and the wrong place can create conflict in a story that will push them in the direction you need.

Your character can be minding their own business when sudden authority swoops in and changes their world. This can be:

Authority can put your character in hot water even if your character did not ask for it, and serves well to get even the most passive protagonist off their derriere.

“Make your characters want something right away even if it's only a glass of water. Characters paralyzed by the meaninglessness of modern life still have to drink water from time to time.”
― Kurt Vonnegut

Even passive characters need something. One of the key differences between an active and a passive character is that your active character will have already gone after that thing without much prompting. A passive character, on the other hand, has to feel that need keenly before they're willing to stir the pot. In other words, they won't move until it hurts.

If your character's need is sharper than the familiar comfort of ignoring that need, then your passive character will finally act. And usually, if they've waited so long the need has gotten painful, it's just a little too late for your protagonist to start on the journey, putting them in very hot water indeed.

How do your favorite protagonists get into trouble? Let me know in the comments.

Think of the protagonist in your current work in progress, then take fifteen minutes and summarize how they're getting into trouble as a passive or active character. When you're done, post your practice in the comments. Don't forget to leave feedback for your fellow writers!