The 7 Types of Plots: Rags to Riches

Everyone loves a success story, especially when it results from years of hard work and the protagonist has struggled from the depths of despair. This story type is so beloved, that it is Charles Booker's second plot type of seven: Rags to Riches. 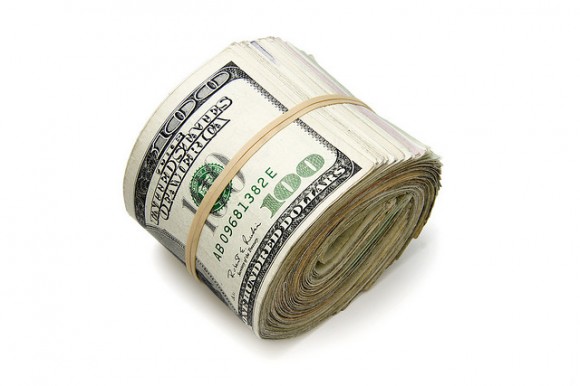 Rags to Riches is essentially what the American Dream can be condensed to. A child grows up with oppressive living conditions or authority figures, usually in poverty, and overcomes them to end the story with wealth, status, a companion, and usually a kingdom of some kind. Key to the story is a point where the protagonist seems to have achieved success, but it's too early, and he or she isn't ready for it, and everything comes crashing down around them.

A Rags to Riches story, like the Overcoming the Monster story, also has five stages.

Initial Wretchedness at Home and the Call

The introduction to the physical, mental, and/or emotional squalor that is the protagonist's early life. This more than anything else defines our hero from the beginning, since this plot type hinges on the hero's personal growth and maturation. We see the terrible conditions that the protagonist lives through until he/she receives the call to leave, and sets out (or is forced out) into the world.

Out Into the World, Initial Success

Some minor struggles hit our hero, but it looks like everything is coming up roses. Our hero may have already met their prince/princess, and have experienced some victories that foreshadow their future success and glory, but overall, the hero hasn't fully matured yet, so these victories will be short-lived.

The “oh crap” moment hits. Some dark figure from the hero's past might return, or the hero might lose their prince/princess, either through physical separation, or from a mental or emotional standpoint. The small victories are stripped away, and the protagonist is at their lowest point in the story.

Independence and the Final Ordeal

No more genies or fairy godmothers; the protagonist has only their wits and strength to pull himself or herself back up. And by golly, it's done with style, with the hero realizing his/her independence and proving to all the haters that he/she is capable and worthy of reaching the final goal. There's a final confrontation with whatever is standing between the hero and the end goal, but we all know how that ends.

The hero wins! For real this time, not like the fake-out in stage two. As a reward, the protagonist claims the treasure, kingdom, and local royal stud of the preferred gender.

Disney is especially fond of this plot type, bringing Cinderella, Aladdin, and The Princess and the Frog to life on the big screen. The early books of the Harry Potter series contain elements of this story type as well. As a reminder, just because a plot type is pervasive does not mean it is bad. We all love fairy tales, and they've been around for ages, and they are clearly not going away anytime soon as long as the Magic Kingdom is still in Orlando. Tweak character goals, or play with different definitions of initial wretchedness; there's room for experimentation in these types.

What are your favorite rags to riches stories?

Just like we did with Overcoming the Monster, pick one of the five stages of the Rags to Riches plot type and write a scene from that stage for fifteen minutes. Post your practice in the comments and don't forget to comment on the work of your fellow writers.