The 7 Basic Plots: Voyage and Return

I recently re-read The Phantom Tollbooth, which was one of my favorite books in grade school, and still holds up fairly well ten-to-fifteen years later. If you haven't read it, I highly recommend it, but it largely centers around a boy named Milo who is convinced he lives this boring life and is content to just slump his way through it, until one day there is a mysterious package waiting for him when he gets home, which contains the titular tollbooth. Milo assembles the tollbooth, gets in a toy car, and suddenly is in a magical land of logic, numbers, words, ideas, and more puns than you can shake a stick at. He makes some friends, goes on a Quest, becomes a hero, and returns home a little more mentally stimulated and less bored.

This structure is the cousin of the Quest: the Voyage and Return. 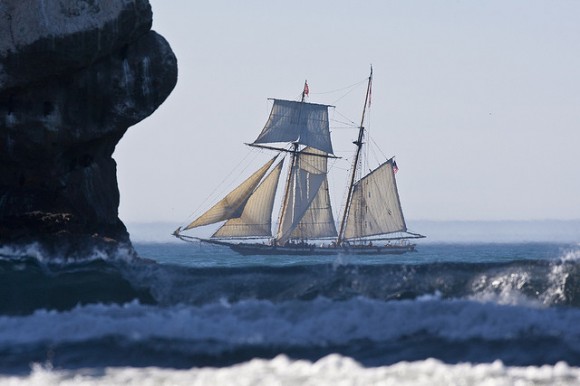 The Voyage and Return is very common in children's literature because it generally involves a journey to a magical land that pops up out of nowhere. The magic element is pretty sunny and light to start with, and then the darkness shows up for the hero to conquer. Once it's vanquished, the hero leaves the magical land and returns home, probably having learned a valuable lesson, or having discovered something about themselves that they didn't know before.

Here are the five stages of the Voyage and Return:

1. Anticipation Stage and “Fall” into the Other World

Wow, the clouds are made of cotton candy! Or there's a talking rabbit! Or everything is suddenly colored in ways that it shouldn't be! Our hero is aware of the fact that they are no longer in Kansas, and they take the opportunity to explore their surroundings and the strange laws of physics that might be in this new place. However, no matter how awesome the new world is, Booker notes that the hero never feels completely at home there, foreshadowing their return.

This is where the dark magic starts to creep in. The hero starts feeling a little more uncomfortable, and the wonder of the world starts to feel a little more oppressive. In The Phantom Tollbooth, this is where Milo and his companions start heading towards the Castle in the Air, over the Mountains of Ignorance, and they start meeting the demons of the Lands Beyond. Chaos hasn't completely set in, but things are looking more sinister for our hero.

The Queen of Hearts has unleashed her armies, Aslan has been killed on the Stone Table, and Dory is stuck in a net with a bunch of tuna. For the love of all that is good and holy, our hero better run for his life, because the shadowy element of the magical land is coming in full force.

We can all breathe a sigh of relief, because the cavalry has arrived! Our hero has escaped from doom and makes the return home, having learned a valuable lesson about their home or themselves.

In addition to The Phantom Tollbooth, other examples of Voyage and Return plots include Alice in Wonderland, Finding Nemo, and most of the Chronicles of Narnia series. It's usually a good idea to implement some character development in the protagonist over the course of the voyage, because otherwise, what was the point of the exercise?

Write a story following the Voyage and Return structure.

Write for fifteen minutes. When you're time is up, post your practice in the comments section. And if you post, please be sure to give feedback to a few other writers.

(Some of the links above are affiliate links and help support this community. Thanks!)