That doesn’t mean it can’t be done. 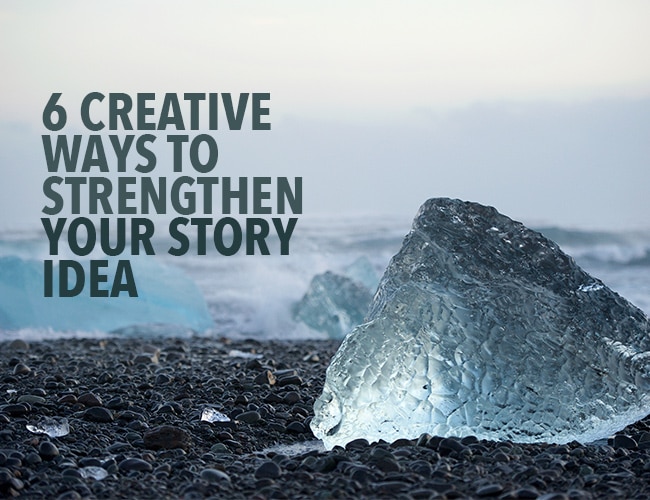 I remember reading a story about a farmer in South Africa who got fed up with pulling stones out of his field.

He wanted riches, and journeyed around the world in search of treasure. Finally, broke and exhausted, he returned home and took another look at those rocks, and that’s when he recognized them for the diamonds they were.

6 Ways to Cut and Polish Your Story Diamonds

There are numerous debates over the finite number of plots in existence and whether there’s anything new under the sun.

Nearly all the stories you read or watch on the screen ride on the backs of stories that have gone before, borrowing plots and characters, using similar settings or devices. People have been telling stories from the dawn of human existence, so this should not come as a great shock.

Rather than combing the earth in search of the elusive, undiscovered concept, spend your efforts on applying your unique talents and perspectives to the ideas you find around you, cutting and polishing them until they shine.

Make them your own.

Read on, friend, for six ways to strengthen your home-grown story idea.

1. Boil down your story problem

Without obstacles and stressors, there’s no story. So examine your story idea and see if you can put it into a one-sentence premise based on the story problem. A good way of doing this is to formulate the problem in a “what if” format.

Just for fun, see if you can identify these movies by their “what if” suppositions.

The answers to the first four are Casablanca, Big, Witness, and Air Force One.

As for the last one, dozens of books, movies, and TV shows could be summed up in this premise, but I was thinking of Jaws when I wrote the example.

I’ll be using movies a lot as examples, rather than books, because the enormous cost of making a movie means there are a lot fewer out there, and the chances of you having seen it are better. However, the points I make apply to story in a variety of forms.

Boiling your story idea down to a simple sentence requires you to focus on the story problem, solidifying it and coming to terms with what it will mean for your story.

That sentence becomes the seed from which your story will grow, and being clear about the story problem helps you make choices about what should go into—and what should stay out of—your story.

2. Push your character to the end of their rope

Think about your particular protagonist and ask yourself what would be the worst thing that could happen to her. Inflicting her with that worst fate brings built-in conflict, ensures emotional involvement, and requires your character to reach down deep, really showing what she’s made of.

I came up with a couple examples:

In my own writing, I’ve often been too kind to my protagonist, depriving both my character and my readers of a richer, more meaningful experience.

Whether you’re still in the planning stages, or reaching the end of your story, ask yourself what’s the worst and you might be surprised at how the answer can strengthen your story.

Dean Wesley Smith, one of the most prolific writers on the planet, regularly uses this method. He owns a massive quantity of old books and digests.

He’ll flip open a volume, run his finger down the Table of Contents, and stop at random on a title. Then he’ll do the same with another book, combine the two titles, and see what perks.

In Thoughts on Plots, Joan Aiken wrote that it takes two ideas, colliding, to spark a story. Maybe every plot has been done before, but you can combine ideas in new ways to stimulate your imagination and create something fresh.

For an example, I thought what if Louis Sachar came up with the idea for Holes by juxtaposing Cool Hand Luke and Flubber? See how that could work?

“
Need a fresh story idea? Take two unrelated ideas and combine them to create something new.
Tweet this
Tweet

If you think your story idea is too mundane or doesn’t hold enough surprises, try turning it on its head and see what shakes out.

O. Henry, famous for the twists he put in his short stories, did this beautifully with The Ransom of Red Chief. Two hapless criminals kidnap a wealthy man’s young son and hold him for ransom, but they are so frazzled by the boy’s crazy and spoiled behavior that they end up paying the father to take the kid back.

I used this technique when I formulated the idea for my story A Simple Glass of Water, which also involves a kidnapping. I wanted to load the story with a couple of reversals the reader wouldn’t see coming, so I turned my basic idea upside down and imagined what might happen.

It was a lot of fun.

“
Does your story idea seem too mundane? Turn it on its head, reverse a predictable plot, and see what happens.
Tweet this
Tweet

Adding a time crunch to your story idea heightens the suspense and tension, keeping it tight and escalating the conflict.

Your story may feature an actual clock, like in High Noon, or one of the most intense television shows ever devised, 24. But look for ways to get creative with this.

For example, the writers of Speed did it with a bus that couldn’t dip below 50 miles per hour during rush hour traffic in Los Angeles. DOA did it by fatally poisoning a man and having him solve his own murder before he drops dead.

6. Write what excites you

One of the most widely distributed pieces of authorly wisdom is to write what you know. And that’s fine, if what you know lights a fire in your belly and moves you with the power of a depth charge.

If not, write what does. If you are thrilled and fascinated by what you write, that enthusiasm will spread to the reader.

If you want to engage your reader’s emotions, you’ve got to be feeling it yourself. This is the best way to write something exciting.

Diamonds Look Like Ordinary Rocks Until They’re Cut and Polished

Don’t be discouraged because you haven’t come up with a story idea that will have Hollywood knocking down your door to buy the movie rights.

Take what you have and buff it up. Turn it around. Smash it up against something else. Put a time limit on it. Hold its feet to the fire.

Apply these six ways to strengthen your story idea and amaze yourself at what you can do.

Looking for a great story idea? Check out our one-page guide to turn inspiration into an amazing story idea. Get your copy here (it’s free!).

Where do you find your story ideas? What’s your biggest challenge in formulating ideas that work? Tell us about it in the comments section.

Take a look at a current story idea you’re working on. Try one or more techniques from the article to give it a new twist. How does that strengthen the concept? Where will you take it from here?

If you don’t have a current story idea, try Dean’s method of meshing two titles together to see what sparks.

Write for fifteen minutes. When you’re finished, share your story idea in the comments section. And if you post, please leave feedback for your fellow writers!