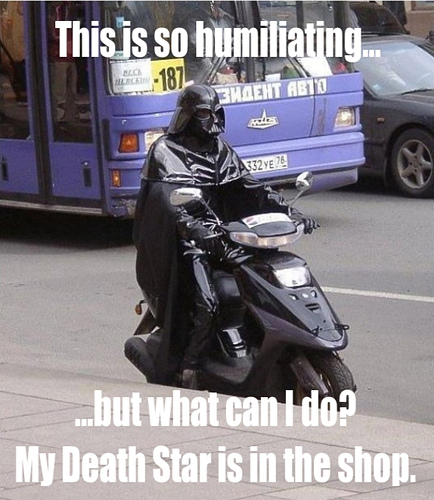 I don’t have a very big DVD collection, but one of the discs on my shelf is Catch Me If You Can. I really enjoy this movie, for a few reasons. I love anything that is based on a true story, plus you really can’t go wrong with Leonardo DiCaprio and Tom Hanks. Come on now.

By nature of the story content, you have a pair of characters who are on opposite sides of the law, but they’re both painted as sympathetic characters.

DiCaprio’s Frank Abagnale, Jr. is clearly meant to be the one whom the audience sympathizes with, but Carl Hanratty, played by Hanks, is the man on the right side of the law. He’s clearly the anti-villain to DiCaprio’s anti-hero.

What other degrees of anti-villains are there?

TVTropes, our resource for the levels of anti-hero, also has a good list of four types of anti-villains, which we’re looking at today.

The Noble Anti-Villain knows that he’s the bad guy, and has made the decision to be evil, but he doesn’t do very well when it comes to pulling the trigger. He has an honor code that guides him, and he won’t compromise his code. This might mean he takes innocent human life into consideration before executing a plot instead of indiscriminately nuking all of Texas.

Maybe evil is just the day job, and he moonlights as a cowbell player in a Blue Oyster Cult cover band, which is his true passion. He’s still high on the evil scale because evil is a choice for him, but of all the types of anti-villains, this is often the one whose characterization changes the least. Other anti-villains have a reasonably good chance of turning to the good side.

TVTropes calls this type of anti-villain the “woobie” anti-villain, which they define as a character who makes you feel sorry for them.

This anti-villain has turned to villainy because of circumstances outside his control that tug on the audience’s heartstrings and make you want to just give him a hug. He clearly doesn’t want to be the bad guy, but he doesn’t see any other options open to him. He’s often suffering psychologically, and his surroundings have informed a lot of the choices he makes.

Benjamin Barker in the theatrical version of Sweeney Todd and Frankenstein’s monster are examples of this type of anti-villain.

This anti-villain has their heart in the right place, but good lord, their means to getting that end are skewed.

These anti-villains often share the same goal as the hero, but are much more ruthless and morally questionable in their actions to achieve that goal. They might not be aware of the fact that in trying to find that goodness, they’re making things worse.

Inspector Javert from Les Miserables is a great example of this type of anti-villain, since he is on the side of the law, but he is relentless in pursuing what he considers justice, and leaves no room for mercy or criminal reform.

4. Villain in Name Only

This anti-villain isn’t really evil, and has other reasons for fighting against our hero. If the story was told from his point of view, he’d probably be the hero.

These anti-villains can actually be the most dangerous to the hero, since the hero often encounters a moral dilemma when he needs to fight, and they tend to be much more highly trained and competent in a fight to make up for their lack of evil. After all, if you’re not going to punch below the belt, you need to be good with a sword.

Many of the criminals in the Sherlock Holmes can end up here because they’re often victims of circumstance, or taking arguably justified revenge on a jerk, so Holmes will often let them off the hook.

Of these four types of anti-villains, which is your favorite?

Write a characterization of one of the above types of anti-villains.

After fifteen minutes, post your practice in the comments and leave notes for your writing compatriots.