Young Adult fiction, or YA, is one of the most vibrant, fun, emotionally engaging genres out there. 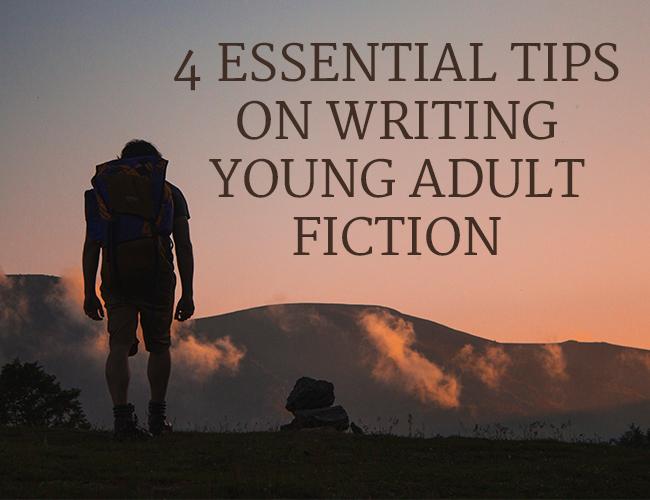 Young Adult explores topics many genres won't touch; it joins on the journey of personal growth and Bildungsroman (read: “coming of age”) that we all struggle through. It doesn't hurt that it also sells like hotcakes, movie deals included.

Do you want to write Young Adult fiction? Well, there is no magic formula, but that's the bad news. The good news is I'm going to share four effective tips on writing Young Adult fiction to make your story more successful and relatable.

Most of you are not, in fact, teenagers. (For those of you who are, let me know if you agree with the point I'm about to make.) And obviously, if you're not a teenager, it means you do not think or speak the same way your protagonist will because YA books showcase teenagers (with a couple of years' cushion on either side) as protagonists, and teenagers do not sound like adults.

Ah, but the key to this isn't slang—which, by the way, I HIGHLY advise you avoid, unless you're inventing it yourself, or it's slang that has stood the test of time, like “cool.” If you try to make your book sound current via slang, you guarantee that some young person will pick up your book in short order and laugh at how silly it sounds.

(No, really. This is a thing. To quote the article, “Yesterday's cutting-edge is today's ho-hum.”)

How then do you make your kids sound young, hip, and relevant? Two ways:

That tip to avoid the most in-style thing actually goes beyond language. Of course, being a smart author, you're already being really careful about what brand names you use. This makes it easier still: either don't use them, or just make them up.

You don't know what will be popular in five years. Your fourteen-year-old may love that brand of jeans right now, but they might not even exist five years from now—and twenty years from now? It's not impossible that the next generation will think of those jeans as being “mom-jeans.”

The mom-jeans thing is a good example, actually. High-waisted jeans were HUGELY popular once, but then the generation that loved them grew older, and… well. Time makes fools of us all. 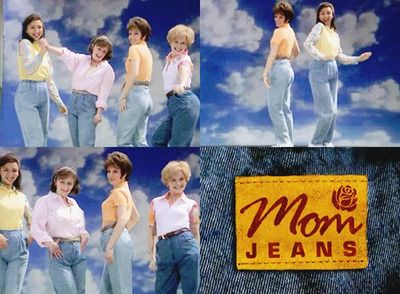 (P. S. – mom-jeans, after being out of style for three decades, are coming back in. Pfft, fashion.)

This is a tough one when it comes to writing people younger than ourselves. We all, in a way, suffer from what C. S. Lewis called “chronological snobbery:” we assume that anyone or anything who came before was primitive compared to us.

Whether that's true about generations past is a whole other discussion. I'm here to tell you it's not true of your teenage protagonist.

When your teenaged protagonist makes decisions, you can be easily tempted to make them idiots for the sake of moving your plot along. Don't. Even the nineteen-year-old boy who drives like a fool is actually thinking about it; he's not stupid. He assumes he won't he be hurt or hurt anyone else because he hasn't yet, or he's gotten away with it. He's prideful or selfish, but there's a far cry between that and idiocy.

The mistake/growth pattern that comprises most solidly good YA books is the development of maturity, not intelligence.

We all gain maturity as we grow older. We learn by doing and experiencing things; we learn from consequences, good and bad. So will your teenaged protagonist. The decisions and choices that character makes must be generated by an intelligent but potentially ignorant person—someone who doesn't know what will happen if they press the button, or hopes it won't happen to them. Not someone who is an idiot, but someone who hopes for a specific outcome, and has no life-experience to tell them whether or not it will work.

I hang around on a little site called Tumblr, and I don't do it for the memes. I do it for the people: the average age of a Tumblr user is far lower than the age of users on other social networks (apart from things like Snapchat), and I can genuinely say that they are well-informed, invested in world-events, deeply moved by social issues, and highly critical of politicians. (Heck, if you want to see the current distribution-by-age via social platform, you can read about it here.)

These kids read the news, or watch it.

These kids are aware, informed, and deeply passionate about multiple real-life issues.

And many of these kids are still too young to vote. That doesn't stop them from knowing what they're talking about when they compare politics or health-care systems.

See, this is what it's like to be a teenager today: the world is at their fingertips. It's common for a seventeen-year-old young woman in New Jersey to be informed and angry about issues affecting Melbourne, Australia.

Above All, Remember Young Adults are People Too

Your teenage protagonist is a person—a person with growing to do, a person who may not yet know who they are or what they want, but a person.

“
If you want to write YA, the worst thing you can do is look down on your characters.
Tweet this
Tweet

Teenagers are people. If you keep that in mind and don't try to create your characters based on some weird “This Is Teens” algorithm, you will be fine.

Has this impacted your view of YA? Let us know in the comments section.

It's time to put this into practice. Your task today is to write a modern teenaged protagonist having a conversation with an adult. It can be about world events, about some decision the teen wants to make that the adult doesn't like (but make sure to include the teen's reasons), or even just a confession about what happened at school.

Take fifteen minutes and dive into the rich thought-life and emotional tapestry of your young character. When your time is up, post your practice in the comments section. If you post, don't forget to comment on someone else's work.