Hello, friends! Last time, I shared 20 fantasy story ideas to get your brain moving. This time, it's my pleasure to go from earth to space. It's time for…*drum roll* sci-fi story ideas!

Need even more ideas? Check out our top 100 short story ideas for every genre here. 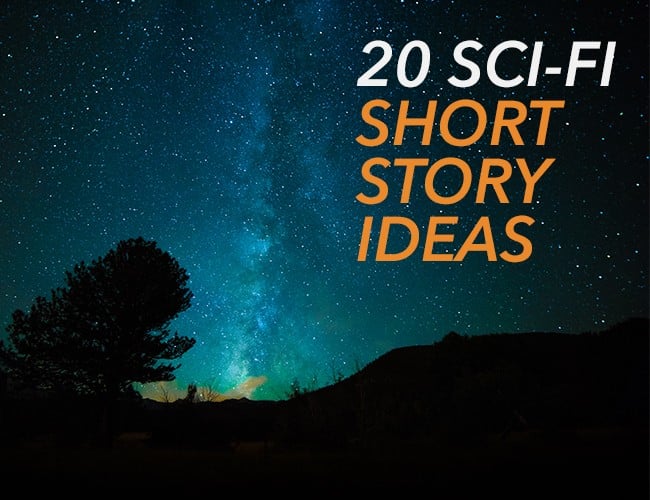 Twenty Out of this World Story Ideas

Just so you know, these are “soft sci-fi” rather than “hard sci-fi,” which basically means they're more focused on character than math and science.

Where will your imagination take you? Choose any of these story ideas and use them to explore new worlds.

Or, write your own sci-fi writing prompt and share it below for other writers!

Do any of these short story ideas tickle your storytelling bones? Let us know in the comments.

It's time to play with story ideas! Take fifteen minutes and develop one of these story ideas into at least one scene. Don't edit yourself! Set your imagination free, then post your results in practice box below. Don't forget to leave feedback for other writers!