Writing is a tricky business. We throw ourselves into it, gripped by passionate ideas and the need to speak them. We persevere when haters tell us to stop, push through when our own limitations creep up like fences to be hurdled, and devour articles offering tips on how to write better, faster, and smarter. 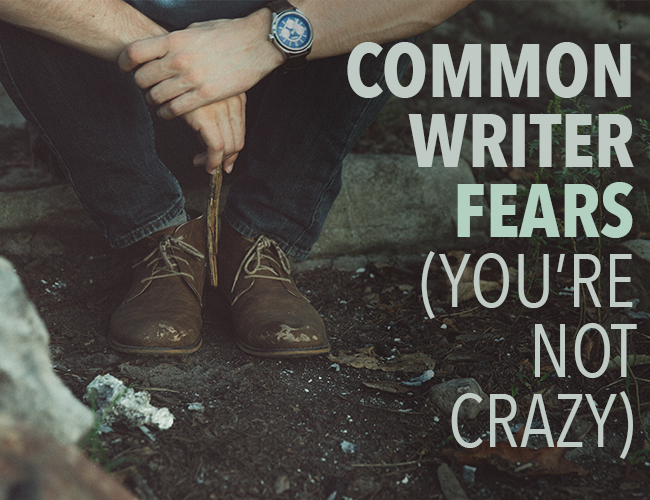 In the middle of all that, is it any wonder that sometimes we feel like we're crazy?

At some point, you've probably felt a lot of fear about being a writer, or wondered whether you're crazy for trying to write. Maybe you stuff that fear away each morning and crank out a few thousand words. Or maybe you haven't been able to sit down at your keyboard for weeks because a litany of fearful thoughts swirls through your head every time you consider writing.

There's a whole host of writing fears plaguing just about every writer.

In my experience, fears lose a lot of power when dragged into broad daylight. This is partly because it's easier to see them for the poisonous lies they are. That terrifying mouthful of teeth turns out to be magic-marker scribbling on cardboard. Those accusing eyes, so full of the claim you're fooling yourself, are suddenly revealed to be glued-on googlies. 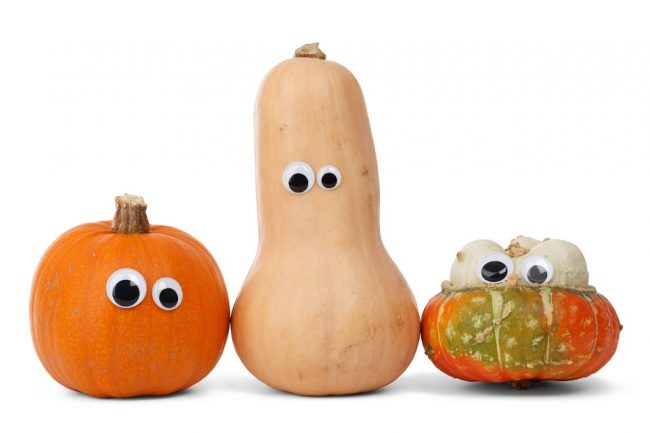 When you drag your writing fears into the light, something wild happens: other writers recognize them, too—which helps your equilibrium. There's nothing quite like realizing you're not alone to prove you're on the right path.

You ARE On the Right Path

“
Here's the simple truth of it: if you're on the right path, you'll sometimes feel crazy.
Tweet this
Tweet

To put it another way, if you're on the wrong path, you'll feel nothing but confidence, never have any doubts that you'll be a billion-dollar author, and feel quite certain that no one writes as well as you do.

So if you're a sane writer, you will doubt yourself.

If you're a sane writer, you will have days where you're irrationally jealous of folks who write better, or had better chances, or are just further along the path than you.

If you're a sane writer, you will have days where you're sure everything you write is drivel, and that you've just been fooling yourself all along.

How do I know this? Because all sane writers have those days.

Don't believe me? Here's what other writers have to say about their craft:

Writing is a socially acceptable form of schizophrenia.
—E.L. Doctorow

I was convinced that there would be a knock on the door, and a man with a clipboard (I don't know why he carried a clipboard, in my head, but he did) would be there, to tell me it was all over, and they had caught up with me, and now I would have to go and get a real job, one that didn't consist of making things up and writing them down, and reading books I wanted to read.
—Neil Gaiman

“
A writer is a person for whom writing is more difficult than it is for other people. —Thomas Mann
Tweet this
Tweet

Writing is the hardest work in the world. I have been a bricklayer and a truck driver, and I tell you—as if you haven't been told a million times already—that writing is harder. Lonelier. And nobler and more enriching.
—Harlan Ellison

“
If writing seems hard, it’s because it is hard. It’s one of the hardest things people do. —William Zinsser
Tweet this
Tweet

Writing is not a genteel profession. It's quite nasty and tough and kind of dirty.
—Rosemary Mahoney

“
There is nothing to writing. All you do is sit down at a typewriter and bleed. —Ernest Hemingway
Tweet this
Tweet

Common writing fears usually fall into a few simple categories: the fear of failure, of shame, and of self-delusion. Let's take a moment to look at each one.

The fear of shame has to with standards and goals set by other people for you. Shame comes from comparison of one's self with an “ideal” social standard; in other words, when you write, the people around you might discover you're not one of them, after all. Fear of shame means you really fear being ostracized because of what you have to say.

The fear of self-delusion is one that nags at me in particular. It's bizarre to feel like you've been lying to yourself all along, or that you never had the skills to write to begin with. Sometimes called “impostor syndrome,” this fear is so bizarre because it has absolutely no bearing on real life or logic.

You can be the recipient of a Pulitzer Prize and still feel like you're not a “real” journalist. You can win the Hugo award and the very next week be sure you're a fraud. The fear of self-delusion (e.g., you've been fooling yourself all along) is deadly because it can stop you from trying, dead in your tracks.

Drag That Sucker Into the Light

Almost all your fears will fall into one or more of these categories. Today, it's time to drag them into the light. It's time to expose those nasty little beasts for what they are—and the best way to do that is with others who are going through the same thing.

Drag your writing fears into the light. Share yours. I'll share mine. Let's tackle these monsters together.

What writing fears do you struggle with? Let me know in the comments.

Take fifteen minutes and give voice to the fears that hound you as a writer. You may be surprised how many you share with others; I know I was the first time I did this!

When you're done, share your practice in the comments and leave encouragement for your fellow writers.