The Two Keys to Writing a Menacing Antagonist

This post is by our newest regular contributor, indie author Ruthanne Reid. Ruthanne writes about elves, aliens, vampires, and space-travel, and she is the author of the Among the Mythos series. You can get her novel, FOR DAWS TO PECK AT, free. Welcome to the team, Ruthanne!

True menace is hard to write.

Spoiler: Writing a good villain is not about superpowers. It’s also not about back story. Both of those can help you write a menacing antagonist, but they can also make your antagonist simply silly, or so sympathetic that readers forget to be scared (I’m looking at you, Loki). 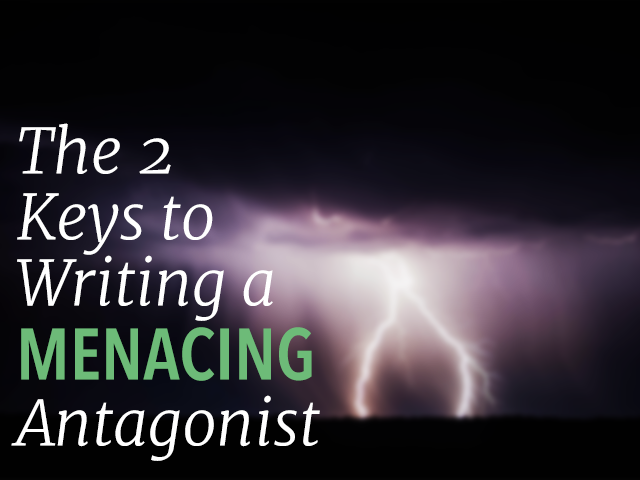 How to Write a Menacing

So what is the key? A truly menacing antagonist can be summed up in this simple formula: payoff + conviction = actual menace.

Read on to see how this works.

This is an old writer’s trope by now, crystallized neatly by Kurt Vonnegut as, “Make your characters want something right away even if it’s only a glass of water.”

But why does the character want a glass of water? He doesn’t want water for water’s sake. He isn’t going to hide it under his bed (assuming his bed is high enough to hide a glass tumbler).

He wants the water so he can drink it and satisfy his thirst.

Nobody wants a thing for its own sake. They want the payoff — the thing they get from whatever they’re after. Nobody wants want power just for power, but because of what power gives them — safety, security, pleasure, revenge, control, etc. Nobody wants to be evil just to be evil, or to oppose heroes just to oppose heroes, or to create pollution just to pollute. There’s always a payoff.

Yes, this includes the supposed amoral villain who “just wants to watch the world burn.” Even that guy is getting satisfaction for some reason from his behavior. Your job as a writer is to figure out what that payoff is.

The more your antagonist believes they’re right, the harder they’ll fight for their payoff.

I’ll let these folks at Psychology Today say it for me:

[T]he more strongly people believe their attitude is correct, the more competitive they will be in their discussions.

This really applies to your characters. Sure, the trope of “bad guys” who switch sides at the last moment makes an effective redemption arc (e.g. Darth Vader in Return of the Jedi). But the thing is, that makes the character less scary.

When you have a bad guy who’s unsure whether their behavior is right, they waver. They hesitate. You can count on them not to go for the killing blow.

An antagonist with conviction will—and that is considerably more menacing.

Your job as a writer is to see how your antagonist believes what they’re doing is justified no matter what social mores, common sense, or “morality” says.

I think it’s time for examples.

Plot in a sentence: a bestselling author crashes his car and wakes up not in a hospital, but in the home of a rabid fan—who tortures him until he writes the ending she wants.

Annie Wilkes (portrayed brilliantly by Kathy Bates) is a nurse. She doesn’t have superpowers. What she does have is a payoff (emotional completion via a character through whom she’s been vicariously living) and conviction (the full, unwavering belief that she has the right—if not the duty—to force the author to do this). 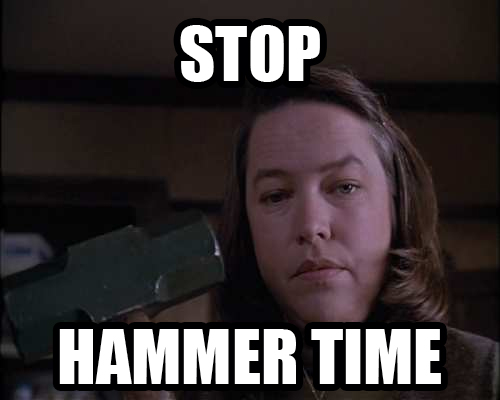 These two things together make her terrifying. She kidnaps him. She breaks his bones. She drugs him. She nearly takes his life, all over a fictional character—which only makes sense if you consider her payoff and her conviction. (If you haven’t read Misery or seen the movie, I’d advise it, but only if you have a strong stomach. Side effects may include deciding to use a pen name and/or avoidance of all public appearances.)

2. The Underminer from The Incredibles

Pixar created both a menacing antagonist and an intentionally silly one in The Incredibles—an animated film which, if you have not seen, you must.

Plot in a sentence: Under the burden of secrecy, a superhero family struggles for unity while facing a foe who seems hellbent on murdering every single superhero in the world.

The first antagonist from The Incredibles I want to look at, The Underminer, was created as a joke. You may not remember him. (Here’s a refresher clip, just in case.) He shows up at the end of The Incredibles, serving the dual purpose of lightening the mood and emphasizing that the Incredibles are now fighting together as a family (a major plot point).

Initially, he looks like a credible threat. His heavy machines come crashing up through the ground, causing massive damage and major panic. He’s strong, armed, and very dangerous. He’s frightening.

Until he opens his mouth.

“Behold, the Underminer! I hereby declare war on peace and happiness!”

Yeah. That happened. (The delivery from John Ratzenberger makes it funnier. Seriously, go watch that clip.) Why is he so funny? Because who the frick-frack paddywhack would declare war on peace and happiness?

It’s an absurd motivation. There’s no real payoff. He may have conviction, but his goal is so silly that his credibility goes right out the window.

Now contrast that with this guy:

3. Syndrome from The Incredibles 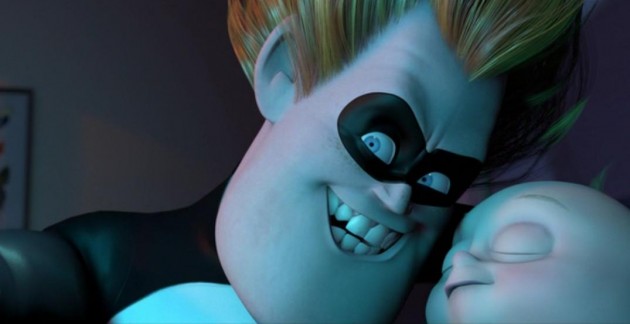 For context, in this picture, Syndrome is threatening the protagonist’s baby. Yes, his baby. This guy just went after somebody’s infant.

Here’s why he’s so menacing:

As a child, this character idolized the movie’s main protagonist, Mr. Incredible. Syndrome was a brilliant kid, an inventor, and felt that Mr. Incredible’s powers and position as superhero gave Mr. Incredible worth. Value. Meaning. Happiness.

“If we idolize, we must also demonize,” said Jonathan Edwards, and it was never truer than in this movie. Syndrome is a bitter, complicated, empathetic, yet dangerous villain. He wants money and fame; he wants acknowledgment and praise; he wants revenge on the idol who failed him; he wants to have what matters, all while taking what matters away from the one who hurt him. (That linked video clip is pretty self-explanatory.)

Combine that with the full conviction that what he’s doing is right (that he deserves it, that he’s earned it, that the world owes him all these things), and you have a genuinely menacing villain who won’t hesitate to go after an innocent child.

Say it with me: payoff + conviction = menace.

How about you? Who is your favorite menacing villain? Let us know in the comments section.

Take your most menacing antagonist (and if you don’t have one, this is a great chance to create one) and give them the chance to explain why they’re doing what they’re doing.

You’re looking for the payoff (what they get from the thing they’re after) and conviction (why they believe they’re completely right to go after it).

Practice this for fifteen minutes. When you’re finished, post whatever you have in the comments.

Don’t forget to comment on someone else’s practice with your feedback!