Most of us write because we've read something wonderful.

Those words opened new worlds, birthed new perspectives, and gave rise to ideas far greater than any we had before. Understanding and imagination grew side by side; when we read, we changed our world, and we write because on some level, we want to do the same for others. Do you want to write something that affects others the way you were affected? Then you have to learn to read like a writer—with your brain turned on. 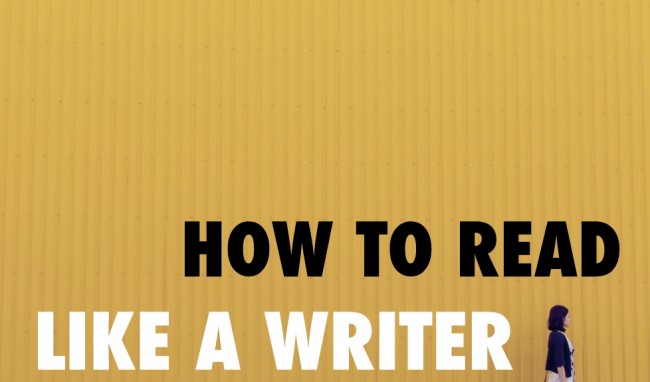 I know this point has been belabored everywhere, but it can't be said enough. You have to read if you want to write well. To do otherwise is like trying to become a weight-lifter without eating protein.

“Read, read, read. Read everything—trash, classics, good and bad, and see how they do it. Just like a carpenter who works as an apprentice and studies the master. Read! You'll absorb it. Then write. If it's good, you'll find out. If it's not, throw it out of the window.”
―William Faulkner

Okay, enough introduction. First things first: go find your favorite book and take it off the shelf. You're going to need it.

Here are four steps to read like a writer:

Did you find that book yet? Great. Now, I want you to turn to a passage that means something to you, or moved you in some way.

We all are moved by passages we read, regardless if it's fiction or non-fiction. The point is that in order to study it, you need to be able to find it again—but trusting memory to locate these things isn't necessarily the best practice. You're going to need to make a note of the location.

Making that note can be super-easy in an e-reader, since you can highlight or bookmark that section with a couple of taps. For a regular book, you can also highlight it, or bend down the corners of pages, or try to leave physical bookmarks in the page (though they can fall out). Honestly, though, those can mutilate your book. There's a better way: Post-it Note Page Markers. Check these things out: 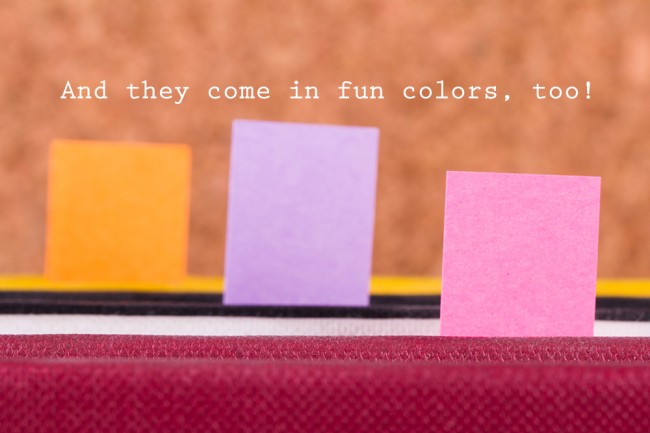 They leave no permanent marks in your book, they're easy to remove later, and for convenience, you just can't beat 'em. Good deal.

Did you find the passage in your book that moved you? Cool. On to the next step.

There are three big questions to ask when you read like a writer, and I know they'll seem obvious, but bear with me: what, why, and how.

What kind of passage is it? Was it description that got your heart racing? Was it the dialogue, or the way the characters were developed? Was it the explanation of a principle you never quite grasped before, or facts you never knew?

Identify what kind of passage it is, even if you have to make up a title for it. You don't have to know the literary term. This is all about what kind of thing it feels like to you. You're essentially placing it against your literary taste-buds and trying to name the flavor.

Why Was it Powerful?

This is gonna be harder. The first question simply asked you to recognize the literary equivalent of stimulus to your five senses. You felt something, which anyone can do. But now, you have to try to figure out why it mattered.

Why this passage, as opposed to all the other times that character spoke, or that concept was touched upon? Why was this one different? Why did it stand out from the rest? The answers can be along the lines of:

Figure out why. Be able to put it in a sentence.

No one else has to see this sentence. That means it can be sloppy and oddly worded. You don't have to make it pretty; you just have to be able to define it for yourself.

How Did it Achieve That Power?

And this is the step that will always (at least for me) take the longest. Now that you know what was effective and you know why it affected you, you have to start figuring out the tools used.

Every writer has a set of tools, but most of them can be summarized fairly neatly. There's “show, don't tell” and “less is more.” There are basic grammatical skills (which are learned, not inherent) such as punctuation and consistent verb tense. There's good vocabulary.

But while every sculptor uses the same hammer and chisel, the end result never looks the same. Your goal is to figure out how this author did it.

Crazily, sometimes it's what the author doesn't say that makes it work. Things left unsaid for the reader to apply can be incredibly powerful.

“If a writer of prose knows enough of what he is writing about, he may omit things that he knows, and the reader, if the writer is writing truly enough, will have a feeling of those things as strongly as though the writer had stated them. The dignity of movement of an iceberg is due to only one-eighth of it being above water.”
—Ernest Hemingway (Read more about the iceberg theory.)

Again, no one has to see this but you. You aren't teaching a class, so you don't have to make it sound good. You can correct yourself, think it out, verbally process; you can work through it at whatever pace you need. No shame or embarrassment is allowed.

It's okay to start with, “I just like it, okay?” Great! Now let's figure out why.

Okay, I already know some of you will panic about this.

I'm not asking you to do any of those things. What I'm asking you to do is the same thing every musician, sou chef, Olympic athlete, or professional dancer must do on the way to greatness: before you can learn your own style, you have to learn someone else's.

Here's a quote from Neil Gaiman I want you to take to heart: 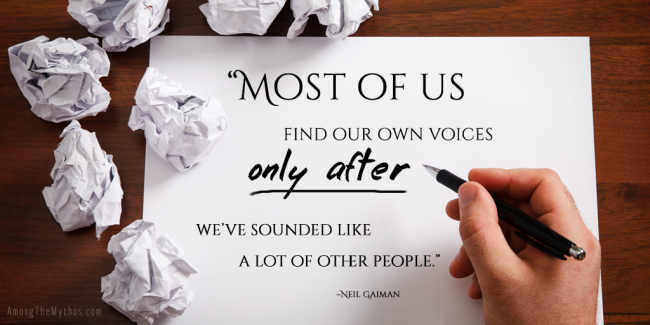 “Most of us find our own voices only after we’ve sounded like a lot of other people.” —Neil Gaiman

Take the passage that meant a lot to you—and try to imitate what you see there in your own writing.

It may take some time. It may require you to improve your vocabulary or study more of the basic principles of writing well. That's okay.

This is how you learn: by imitation, then variation. It's like watching Gordon Ramsay makes a Beef Wellington, imitating it, and only then putting a spin on it all your own.

You can do this.

I know you can because every single writer on earth does it. You already have done it, in fact; you learned to speak by listening to those around you, and in time, you developed your own way of using your native tongue. You learned to walk by watching those around you, but you now have your own swagger and stance—so unique that police could potentially identify you by your footprints alone.

You can do this. Read the books that inspired you to write. Note where the best parts are; ask yourself what, why, and how they pulled it off. And in time, you'll be able to gift your readers with the same life-changing experience that so affected you.

Which passages affected you so much that you decided to become a writer? Let us know in the comments below.

Take a favorite passage from someone else's book (make it a small one—a paragraph or so) and analyze it the way this article says. See if you can answer the three questions of what, why, and how. After that, be brave: share in the comments section a small passage of your work in that style to make it more effective. Don't be afraid! No one expects it to be perfect the first time through.

Don't forget to encourage your fellow writers as they learn to read like a writer and apply it to their own work.