How Twitter Changed My Writing Life & a Writing Contest

Twitter is a social media outlet that allows its users to send and read short messages up to 140 characters long. It's perfect for the world we live in. Quick, easy, and simple for our constant moving lives. 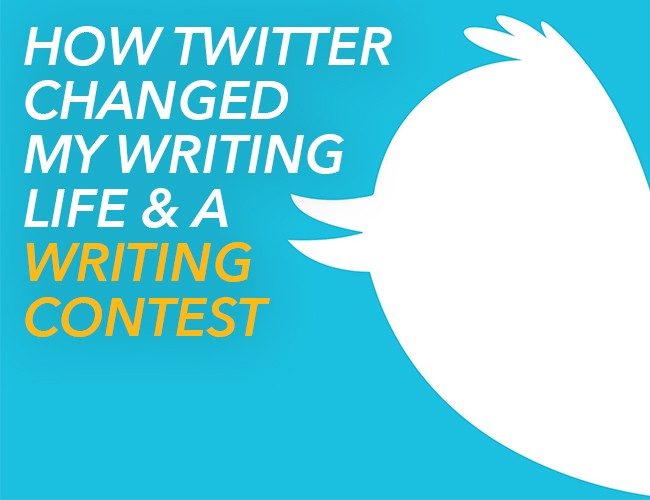 There are a lot of reasons Twitter became so huge. Twitter is most known for its character count. On Twitter, you're limited to just 140 characters to share your message. (Although they're most likely changing this soon.)

That seems like a writer's nightmare. And for me at first, it was. When I first started using Twitter, I felt limited and unable to express all that I wanted to. I had to adapt my writing style, and it actually changed my writing life.

Here are a few ways Twitter helped better my writing.

With only 140 characters, you have to learn to be precise.  This was really hard for me. As I writer, I used to think that I needed to use as many words as I could to describe something, but twitter, (and being yelled at by my editor) taught me that it's not about the number of words, but how you use them.

Always cut words that are not essential to your story or overall message.

Twitter taught me that sometimes the most powerful messages can be the shortest.

With such a limited character count, I had to find words that are more descriptive and words that incorporate even more meaning.

If you're like me, you'll like the challenge of finding the perfect word. I'm not saying you need the longest, most eloquent words, but you'll want to use words that really count. Twitter gave me the push to use words that held more meaning.

There's nothing like the perfect string of words that leave your readers with their mouths wide and minds blown. The ability to communicate a deep or powerful thought in just 140 characters takes practice.

Twitter will help you create some powerful sentences.  I got great at writing powerful, one-liners.

Long stories with thousands of words are great, but a story that leaves the reader speechless with only 140 characters? That's worth trying.

Twitter changed my writing life and I think it can change yours too. So we're going to bribe you to try with a fun contest!

Over the last few months, we’ve been introducing a lot of short story ideas. (83 to be exact.)

We've shared story ideas for Sci-Fi stories, Fantasy stories, short stories, cat stories, and even some ideas we think might change the world.

If you haven't checked these ideas out, you should. You will most definitely finish reading them feeling inspired.

There are a lot of six-word twitter stories, but we're going to let you use all 140 characters to tell a story.

Here are some great examples:

“It's a miracle he survived,” said the doctor. “It was God's will,” said Mrs Schicklgruber. “What will you call him?” “Adolf,” she replied. – Jeffrey Archer

“Only child, but never the favorite.” – Unknown

These simple sentences use just a few words but tell an entire story. Can you do the same?

Check out the ideas for the stories here and take the next fifteen minutes to craft your story!