I’ve recently gotten my roommates to watch Arrested Development with me, which is great because Netflix released the new season a couple weeks ago (which I still haven’t watched), so the three of us are working through the first three seasons together. We’re pretty much all snickering through each episode. But that’s the whole point of comedy, right?

Welcome to the last of the seven basic plots: the Comedy. 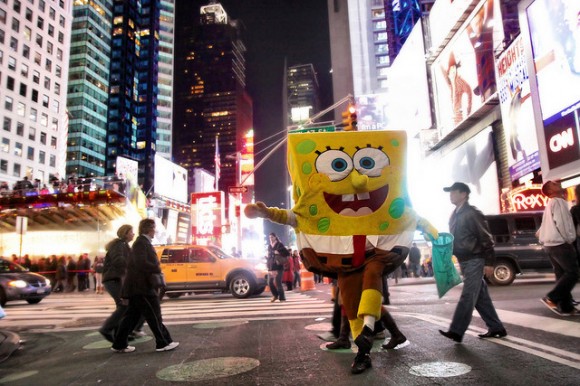 What is a Comedy Plot?

A Comedy is a work in which the hero and heroine are destined to be together, but something is preventing them from doing so. Over the course of the story, whatever is keeping them apart is removed from the equation, usually after a great deal of increasing confusion and miscommunication, which usually results in mass hilarity. In the end, the confusion is cleared up, the bad guy is punished, and everyone gets married.

The structure of a Comedy according to Booker is less rigid than the other six plot types, but for the most part there are three acts to the story.

The “Shadow of Confusion”

We’re introduced to the hero and heroine, who are clearly marked as destined to be together (along with possibly a few emerging beta couples), but they’re being separated. This could be physical separation (maybe they haven’t met yet), or emotional separation (see A Midsummer Night’s Dream‘s Demetrius and Helena for a good example of this). Either way, there’s confusion, miscommunication, and frustration, and the designated couples aren’t hooking up.

The confusion previously mentioned gets even more convoluted. The darkness separating everyone is at its thickest, and the tension for the characters is at its peak. Things are going disastrously for our hero and heroine.

The Confusion is Lifted

Someone or something explains the misunderstandings, all the characters breathe collective sighs of relief, weddings are arranged, and the bad guy is either punished or repents in time for the engagement party.

The key in Comedy is the execution and transition between the stages. Also, it’s important to keep in mind that Comedy in this definition isn’t necessarily funny; the name just indicates that everyone lives happily ever after. But as anyone who has seen Singin’ In the Rain or read The Importance of Being Earnest can attest, confusion is a great mine for humor.

Need more plot help? After you practice this plot type in the exercise section below, check out my new book The Write Structure which helps writers make their plot better and write books readers love.

Get The Write Structure here »

Take fifteen minutes and write a scene of traditional comedy. Post your practice in the comments and leave notes for your fellow writers. Have fun with this one!