3 Ways to Start Your Novel

We only get one chance to hook our readers, to pull them in, to guarantee they must read on. That's probably why so many writers panic over how to start writing those first few pages of a novel. 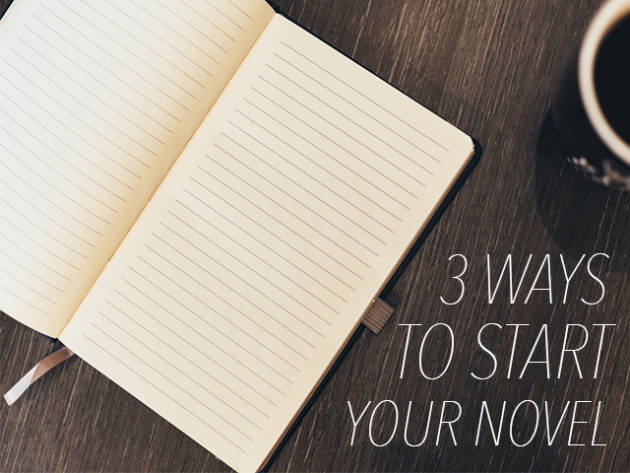 So how do you start a novel? Where is the best place to begin? Take heart, dear reader: in today's post, I'll give you three ways to start a novel, a bonus nugget about antagonists, and a key question to ask yourself before you get to work.

A Simpler View on How to Start Your Novel

There are already a ton of great posts out there about starting your novel.

(There are also posts in which literary agents have spoken about what they're sick of seeing, e.g. the main character dies at the end of chapter one; the first chapter is just a dream; the first two pages describe the landscape; and prologues, which everybody seems to hate for some reason).

Let me propose an even simpler view. I suggest three solid ways to get your novel off the ground: External Change, Internal Change, and Environment.

How to Start a Novel: External Change

A solidly good spot to begin your novel is when something changes outside your protagonist, forcing them to act. I've seen it called “the inciting incident,” but it doesn't have to be dramatic. In my own books, I use this particular moment a lot:

All these characters had lives and histories before the first chapter of the story. World-building is still required, so I have to weave it in through the character's reactions to what changed. The point is that something came from outside to interrupt their pattern of living.

Think of external change as the finger that pushes that first domino over, causing a chain reaction we might as well call plot.

Note: External Change is best for characters who think they have a pretty good bead on things and aren't likely to change on their own.

Bonus Hint: Use Antagonists to Start a Novel

Side note: funny enough, this is one of the reasons we tend to like antagonists so much. Take a silly example: Dracula. 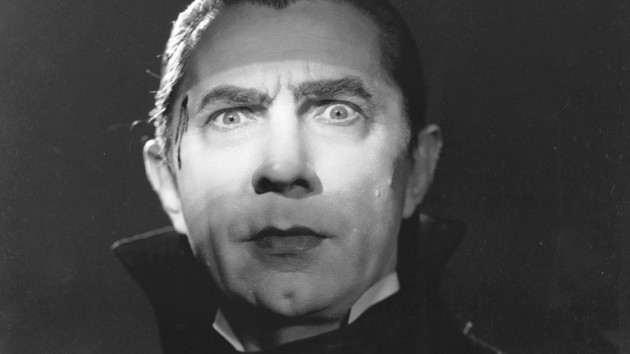 No, not that one. The book one.

Dracula (by Bram Stoker) starts out following Jonathan Harker as he travels through eastern Europe to Dracula's castle. Why is this happening? Because Dracula has decided he no longer wants to live in Transylvania (Internal Change on the part of the antagonist), and has asked for help from an English real estate agent.  Dracula sent out the request (External Change), which takes this English gentleman out of his natural habitat and begins this classic, gothic tale.

Here's another one: Loki, portrayed by Tom Hiddleston in Thor (2010). His Internal Change (decision to play a prank thanks to jealousy) leads to the expulsion of Thor from Asgard (External Change for the protagonist), kicking off Thor's personal redemption arc.

What both Loki and Dracula did occurs off-screen right before the official plot starts. Without antagonists, neither of these stories would happen.

I hope you enjoyed the bonus hint. Back to my main points!

How to Start a Novel: Internal Change

One of my favorite plot-starters occurs when nothing outside the character seems to change. The protagonist changes first, and then starts acting on the rest of the story.

This is the character who's likely already been mulling over things for some time. The one who's had the same dead-end job for years, or has been trapped in the same cell/room/city/planet for far too long. The one who's always wanted more—but never had the courage or opportunity to take it.

The crucial difference between this and the “External Change” option is this: if the protagonist does not act, nothing changes, and the world continues on as it was. Here are three examples.

Beginning with internal change often takes a little bit more time to set up, which gives you a chance to do worldbuilding and add descriptions. Explanation and introduction all have the single purpose of framing the protagonist's choice to break the mold.

Note: Internal Change is best for characters who are deeply proactive. These are the characters who are going to make ripples no matter what their situation is—even if they have to start the bake sale/leave the country/enter the enemy base all by themselves.

How to Start a Novel: Environment

I've often heard it said that the environment can act as an character. The struggle can be man vs. ocean, pilot vs. space, woman vs. desert.

The book that immediately comes to mind when I think of beginning with environment is The Wandering Earth by Liu Cixin. The concept for that story is a centuries-long survival plan for mankind based on the idea that our sun is going supernova—and the earth itself must be flown through space to orbit a different sun in order to survive.

Many generations are covered in this book, so there isn't one main protagonist. Every character reacts to this drastic change in their own way. Check out the beginning:

I've never seen the night, nor seen a star; I've seen neither spring, nor fall, nor winter. I was born at the end of the Reining Age, just as the Earth's rotation was coming to a final halt.

The wandering earth (and isn't that title glorious?) is the thread that keeps the whole book together, and so interacting with it is the perfect place to start.

Another example is the Wool Omnibus by Hugh Howey. In this, the world is wrecked by war, and the only survivors live and die in underground silos. We follow several different characters through this series, and each of them is responding to what is (or isn't) outside those silos. This begins with Holstson walking up the spiral staircase in the narrow metal silo that comprises his entire world.

Obviously, there are endless variations on these three themes.

The Key Question on Starting Your Novel

Now that you have a general idea, here is the key to ask yourself: what would change if your beginning scene were not there?

You'll see me say this a lot here at The Write Practice: if you can cut that scene without changing anything in the story, you don't need that scene.

Think of it as dominoes falling again:

Everything you write should have a purpose, a reason for being there. Be brutal when answering that question.  If you can cut that scene without changing anything, then that is not the place to begin. It's essentially a domino that fails to get the chain reaction going.

Even if that scene is one of your favorites, if it could be snipped without changing anything… well. Stephen King said to kill our darlings, even when it breaks our egocentric little scribbler’s hearts.

Just take my advice and put your cut scene in a separate folder, rather than simply deleting it. You'll thank me someday.

Did these points help you figure out where to begin your current writing project? Why or why not? Let us know in the comments section.

Take fifteen minutes to tackle the beginning of a new story using External Change, Internal Change, or Environment. Share your results in the comments section!